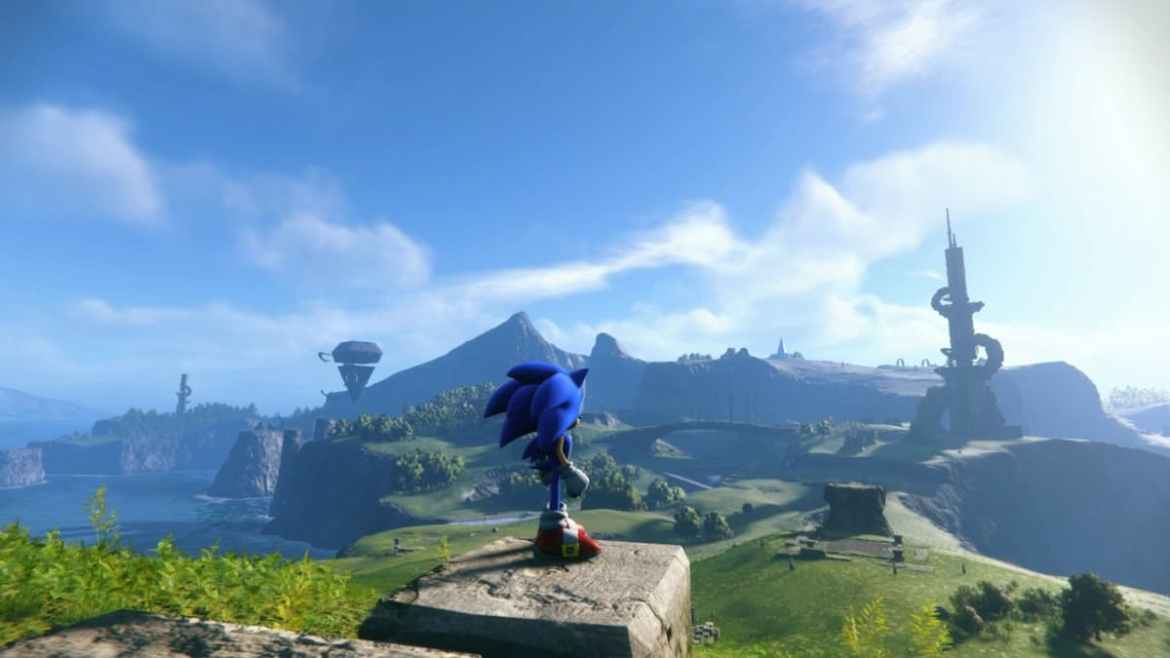 Sonic Frontiers sees the return of our favorite blue blur as he blazes through the newest high-speed, open-world adventure by Sonic Team. In Frontiers, you’ll guide Sonic through various locations throughout the Starfall Islands, collecting Chaos Emeralds and jumping from platforms and railways in a quest to rescue his friends. But Sonic-sized mechanical animals aren’t the only things standing in your way, as the Starfall Islands are inhabited by enormous, roaming titans known as Guardians that Sonic must defeat to save the day. Read on to learn of all the Guardians on Kronos Island in Sonic Frontiers.

Kronos Island is the first open zone area you’ll encounter in Sonic Frontiers, and is filled with ancient ruins, vast valleys, and abundant forests, alongside sporadically placed platforms and railways that float above the land. Four giant robots made of digital energy wander around Kronos Island, and you’ll need to defeat them to obtain Portal Gears so that you’re able to enter the Cyber Space stages.

The Four Guardians of Kronos Island are seen below:

The Squid is capable of paving floating roadways while firing lines of harmful energy balls toward Sonic. Watch out for its arms, as they’ll knock Sonic around with powerful strikes. Check out our guide on How to Beat the Squid Guardian in Sonic Frontiers for more information.

Asura is huge and creates widespread tremors by slamming the ground with its enormous hands. It also generates colored force fields that produce different effects, like granting speed boosts or repelling anything that comes into contact. For more help, check out How to Beat the Asura Guardian in Sonic Frontiers.

The Ninja is tall with a sort-of humanoid appearance and is capable of dashing around and slicing up anything in its way. You’ll have to dish out quick attacks before it decides to block, and should be wary of its fast counter-attacks. The Ninja’s attacks can be parried or dodged by Sonic.

The Tower, aptly named due to its sheer size, can damage Sonic with its large, spinning metal ring and deadly spikes launched from its head. Additionally, it’s able to jump around the battlefield, so don’t expect it to sit still for you.

For more information on Sonic Frontiers, check out our other guides here at Prima Games.