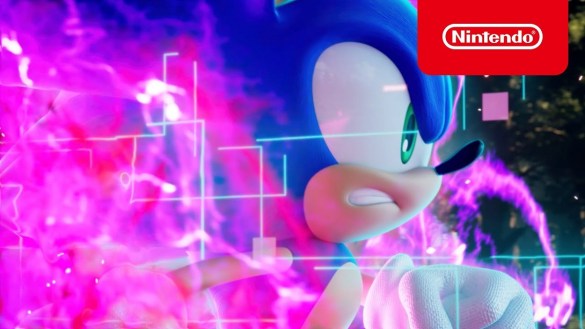 Sonic Frontiers is here! The long-awaited 3D Sonic sequel has finally arrived and it’s brought new innovations to the legendary platformer. In true SEGA multi-platform fashion, the new Sonic game is available on just about every current platform: old and new generation consoles, PC, and there is even a Nintendo Switch version. But is Sonic Frontiers’ Switch performance any good? Let’s find out.

On Twitter, fellow pixel counter John Linneman from Digital Foundry said the following about the Switch edition of Sonic Frontiers: “Uhhh…let’s just say, if you have another option, please consider that other option. If you only have Switch then you can still have fun, I think…somewhat.” So let that set the tone.

For starters, we can confirm that the Nintendo Switch version of Sonic Frontiers is the same game as on the big platforms, there is no cut content or anything different aside from the visuals and performance. Frontiers on Switch runs in a dynamic resolution that can go up to 720p 30FPS in both handheld and docked modes.

OK, that’s not ideal, we know – but at least the framerate seems very stable most of the time and you won’t notice lower resolution details that much especially if you play it in portable mode on, say, the Nintendo Switch OLED model that instantly makes anything look better with vivid colors and zero ghosting. Playing in docked mode on the TV exposes too much and we definitely do not recommend playing Sonic Frontiers like that.

Overall, if you have no other option or just want to play Sonic Frontiers on the go, you can consider the Switch version.

Sonic Frontiers released on November 8 on PS5, PS4, Xbox Series X/S, Xbox One, Nintendo Switch, and PC (Steam). If you want to play it in 60FPS, you need to go for next-gen consoles or PC.