How to Beat the Asura Guardian in Sonic Frontiers 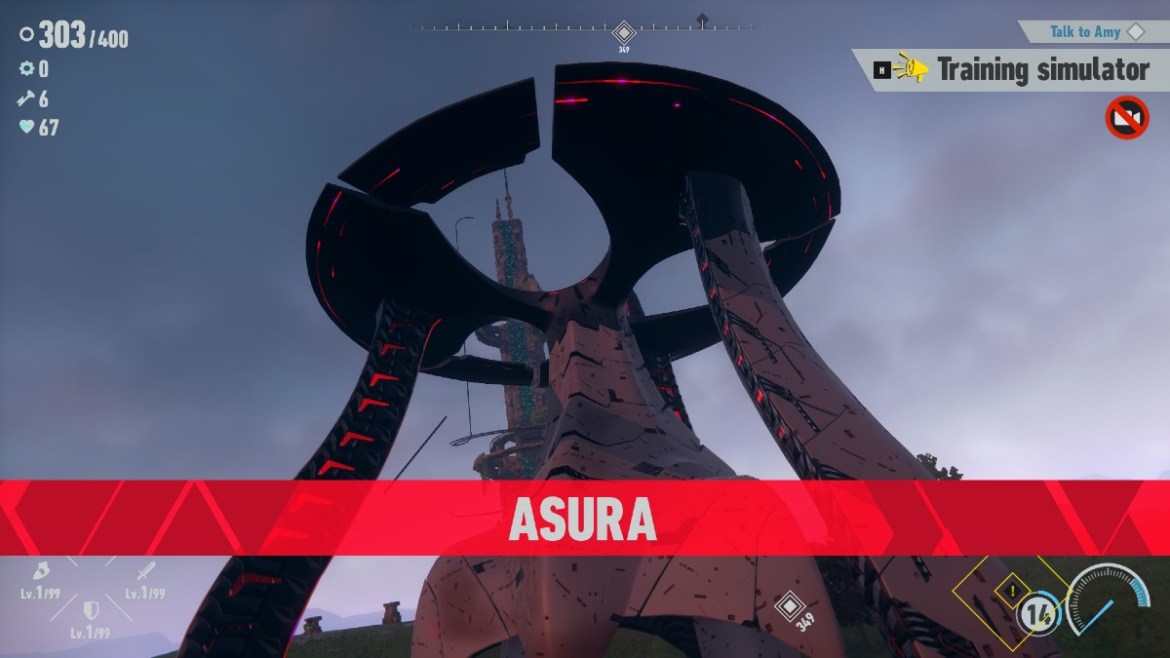 Asura is one of the first big boss fights you’ll encounter in Sonic Frontiers. This thing looks like some kind of tower in the distance, but once you approach it’ll announce its intent to smash you. This is your crash course in what to expect for these types of encounters in Sonic Frontiers, and if you don’t quite sight-read exactly what to do, you might, in fact, get smashed. I have defeated Asura personally, and am here to congratulate myself in the form of a guide.

First off, you want to attack this thing’s “feet.” You can get a couple of bonus Portal Gears for this. Approach one of the feet and carefully Cyloop around it, which knocks Asura off-balance. Then you can hit the foot with a homing attack, cracking its armor and awarding you a Portal Gear. Do the same for the other foot, then get ready to start the fight for real.

Asura will hit the ground with its “hands,” and you’ll see these blue, wavy gimmicks cascade down the arm and roll out over the ground. These are actually boosts, and you can use them to shoot yourself up the arm. Once you’re up there you can make your way over to a set of three pillars serving as Asura’s weak points. There’s also a bit of wall the game informs you that you can cling to in case you start to lose your footing.

Pick a target and beat the hell out of it until it breaks, at which point Asura will buck you off. You can attempt to land back on top of it but if not, you gotta make your way back up. But this time, Asura will mix in red boosters along with the blue ones. These ones shoot you backward, so you have to weave through a set of blue boosts to get back up.

The pillars will also get some additional help. First, they’ll get these little ring-shaped forcefields that move up and down to block you. After that you’ll start being attacked by little cronies, attempting to mix you up and fall off. Once you break the third pillar you’ll defeat Asura and get a third Portal Gear for your troubles.