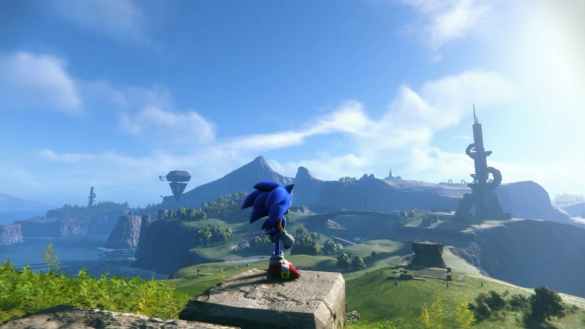 Sonic Frontiers is out, and fans alike are taking control of the blue blur in an all-new 3D space. As you explore the Starfall Islands and help Sonic save the day, you might want to double-check that you’ve downloaded the included free DLC with your purchase. Here is how to redeem your Sonic Frontiers ore-order bonus rewards.

So, Sonic Frontiers has this weird problem where it will be invalidated if you don’t install the DLC before finishing the tutorial area.

The DLC are separate downloads you obtain when purchasing the game digitally. You will need to ensure it’s downloaded before starting the game. Below are some instructions and tips from the official Sonic Frontiers website.

Related: How to Drain the Water to Move on in Sonic Frontiers? – Explained

Once you’ve downloaded the game, you’ll unlock the DLC when logging into the game. If you have the free Sonic Adventure 2 shoes from the newsletter, you must redeem the code on your platform of choice and download the free in-game item. It will show up in-game after that.

The free SA2 shoes do not abide by the tutorial problem we mentioned above. These can be claimed at any point throughout the game, so do not worry about waiting for your code to come in.

Well, that’s everything you need to know about how to redeem your pre-order DLC in Sonic Frontiers. For more tips,t tricks, and guides, be sure to check out Prima Games. We have plenty of helpful guides, such as how to beat the Squid Guardian and more.