All the 2D classics listed, and what to expect from the PS4/Switch versions 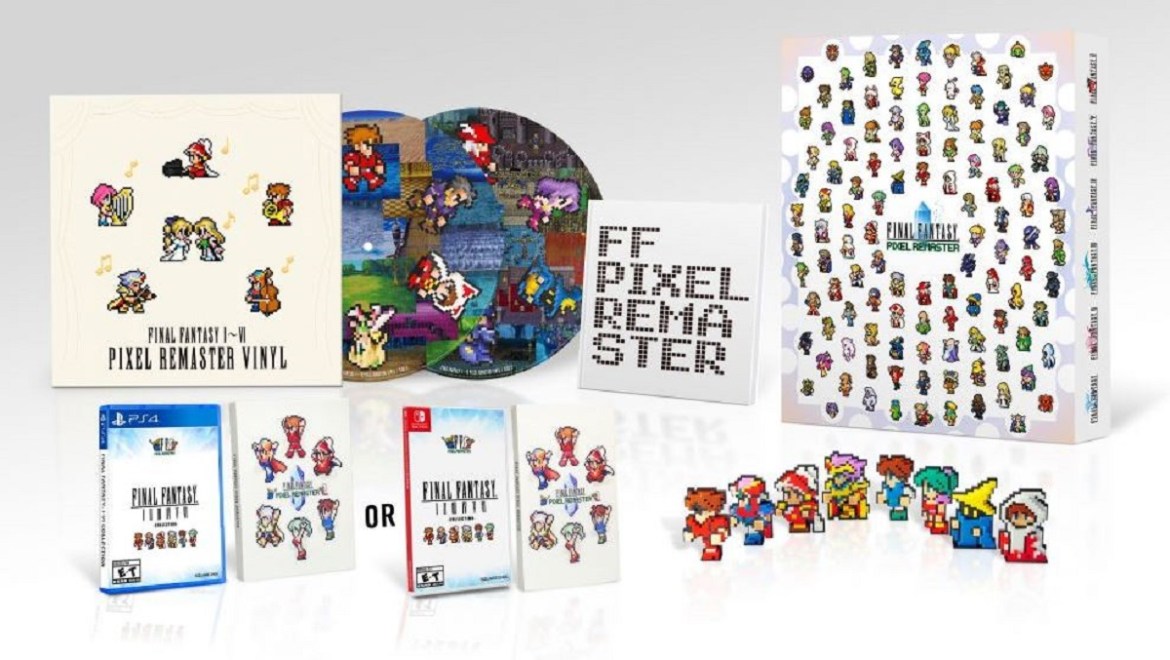 The rumors were true, for once! As part of celebrating 35 years of the Final Fantasy series, we finally received official confirmation from Square Enix that all Pixel Remasters are coming to PlayStation 4 and Switch. Only available on PC and mobile until now, these remasters of classic 2D Final Fantasy games from the era when the famous JRPG series was exclusive to Nintendo platforms are finally coming back home with a Switch version. And there’s a PlayStation 4 collection, which can also be played on PlayStation 5.

As a bonus, there is also a physical edition and an original collector’s edition that brings physical bonuses such as 2-disc vinyl OST, pixel figurines, and an art book. Indeed a wonderful time for Final Fantasy fans! But what games are included in these collections and what can you expect from the new console versions? Let’s find out.

Although these games will be offered separately, in the physical edition, they come as a full collection that contains:

What to expect from the PS4/Switch versions

For now, no footage from these versions has been shown, so it is unknown whether the ports for PS4 and Switch will be any different from the PC and mobile versions released. Pixel remasters were generally well received, but many fans objected to the rather unsightly English font (which could be effortlessly fixed with a simple copy-paste solution in the PC version). Whether this font will remain in the new versions or if there will be additional options remains to be seen.

Also, Final Fantasy Pixel Remasters are created using the Unity engine, which is notorious for performing extremely poorly on PlayStation 4 and Nintendo Switch. Although these are very undemanding games in appearance, the fact that the Unity engine is in the background raises concerns about the possible performance issues – we hope to be wrong on this one because it would be very cool to play these games in juicy 60fps like on PC.

Pixel Remaster Collection is coming out for Nintendo Switch and PlayStation 4 in 2023. Currently, on the Square Enix store, the physical edition’s release date is May 31, 2023 (tentative).