All Fall Guys Survival Rounds and Strategies to Win Them (2022)

Survive as long as possible in every match! 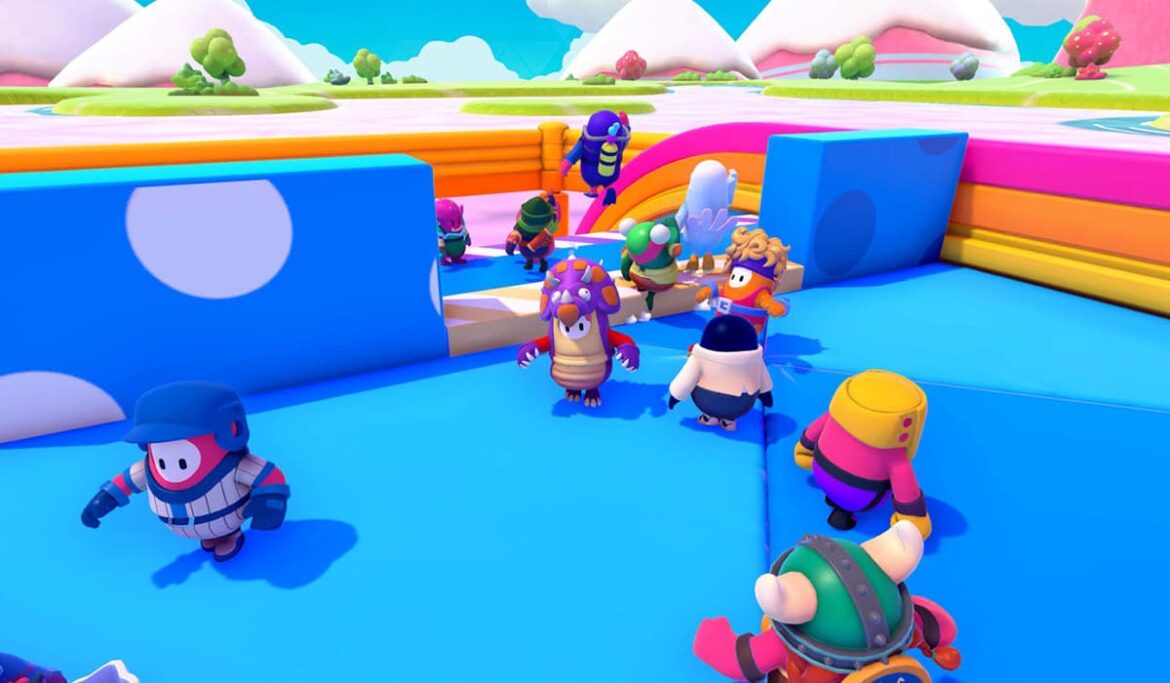 Throughout Fall Guys’ history, Survival Rounds have become a staple for finales and special live shows. While some of the most popular rounds fall outside this category, others, such as Hex-A-Gone and Jump Showdown, remain infamous within the community. With this in mind, knowing what each map is and how to beat them will help you once you find them in-game. If you’re interested in learning more, continue reading to read a list of all Fall Guys Survival Rounds and various strategies to win them.

All Fall Guys Survival Rounds and Strategies to Win Them

Survival rounds are one of the seven round types in Fall Guys. Unlike races and hunts, you’re not trying to do things faster than other players. Instead, you must stay alive as long as possible! While these sometimes take the form of Finales, you’ll usually encounter these in the third or fourth match of your games.

Below is a list of every Survival round map ever released in Fall Guys, including finales and limited-time ones that the game may re-introduce in the future:

Related: When Does Fall Guys Season 2 Release? Release Date and Time, Maps, and Everything We Know

Generally, every map has the same objective. To win any round on these maps, you must survive until the very end. However, each map has a few specific strategies that’ll help steer you in the right direction:

Since this is generally played as a finale, your priority is to become the last player standing. You’ll want to stay aggressive but alert throughout the entire round since it is a free-for-all with only one winner. With this in mind, everyone is targeting each other. However, if you find any opportunities to stand on the sidelines and get some sneak shots off, be sure to take them! Just be careful not to get hit by any of these yourself!

Since you’re usually on a see-saw, you’ll have to be careful not to make one side completely off balance. This is especially true if you’re hit with a projectile since getting knocked off balance may make you unable to stand back up. Also, hiding behind other players may soften the blow of the flying objects, making you less likely to get hit. Just make sure the other player doesn’t knock you off in the process!

Pay attention to patterns! If you start noticing a pattern with the blocks, follow it as best as possible, so you don’t get overwhelmed. The most challenging part of this round is following the blocks! If you start missing where the blocks appear or lag behind, you’ll likely get pushed off the platform or find it much harder to recover later.

Additionally, try to avoid players who grab others since this can make or break your game. While you can be the one to distract other players, it can easily result in getting knocked back by incoming blocks if you’re not careful. Lastly, while staying near the front will help you not fall backwards, be sure not to jump too far forward accidentally!

Each hexagon platform has a short timer before disappearing, so use this to your advantage! Run near players to cut them off before slowly jumping across the spots when you’re alone or far away from others. While this may only save a second or two for each platform, this time adds up when others are running below you.

Be careful with this strategy, though! If you end up falling, the spaces other players ran over may be gone, resulting in you falling to your end.

The strategy here is very similar to Hex-A-Gone. However, the difference is that you should prioritize not falling off the rotating ring! This difference primarily means not sliding off the sides while trying to jump between hexagons. You can use this to your advantage by briefly grabbing players attempting to escape a spot, resulting in them falling off the ring. Just make sure you don’t get stuck as well!

You usually will not encounter just one obstacle type in this mode. Instead, there are numerous obstacles that you’ll have to learn to avoid so you don’t fall off the moving hoverboard. With other players moving, diving and jumping around to get away from these obstacles, you’re vulnerable to colliding with someone and falling off. If possible, try to avoid this when you can!

Usually, Hoverboard Heroes is not considered a race that you have to rush through to complete. Instead, staying safe and cautious will go a long way to keeping you from hitting obstacles or flying off the platform. Despite this, any Finale or Race versions of this map turn this expectation on its head, making speed a priority alongside safety. Be sure to alter your strategy based on the round type you’re playing!

Related: What is Squad Duos Show in Fall Guys? – Answered

Much like games such as Hoverboard Heroes and Block Party, this is a round where you’re very likely to find players grabbing each other as the beams approach you. Avoiding these people as much as possible will reduce your chances of getting held and colliding with the beam! Furthermore, try your best to avoid a situation where the bottom beam is situated directly underneath the above one. While you may jump over the bottom, you’ll likely hit your head on the top one, knocking you off the map. In the case of Jump Showdown, this happens more often but may be avoided if you position yourself just before or after the top beam.

Roll Off and Roll Out

Roll Off and Roll Out are both modes that, like above, rely on staying away from other players. These two, in particular, are infamous for this due to the frequent platform gaps and obstacles that can quickly end your run. Avoid situations such as getting stuck on a wall, running into the pink bumpers or jumping into the gaps to give yourself an advantage! Lastly, since the ring mechanics work similar to Hex-A-Ring, try to stay in the middle as much as possible to avoid sliding off the rotating platforms.

Depending on how the colored platforms spawn, the obstacles you encounter and how many snowballs appear, this is one of the easier rounds on this list. Overall, prioritize staying on the unbreakable hexagons while jumping between spaces to avoid the snowballs. While getting hit by a snowball may knock you out of the arena, you’ll often find yourself landing on the hexagons, allowing you to stand back up and continue playing. However, running around on the red tiles will also deter other players, making it worthwhile to break them while avoiding the snowballs to increase your chances of eliminating others.

You can use two primary strategies to significantly increase your chances of beating the round. Either you can stick along the edges and observe the action from the sidelines or stay in the middle with other players. Generally speaking, many players opt to stay in the middle, making this a viable option if you want to lead the rhinos to others. While this causes the rhinos to focus on this area, you can also avoid getting attacked by hiding around other people, causing them to get hit instead.

If you stick to the arena edges instead, you may avoid the attention of the rhinos but have a low chance of recovering if you’re hit by one. Both are very risky strategies with the potential to keep you safe the entire round without much trouble.

For the most part, you want to keep running forward and jumping over the beams! Most players will avoid grabbing others in fear of getting knocked away by the bars or a hammer, making this a near nonexistent threat. Instead, you’re mostly relying on your own skills with jumping and avoiding the spinning hammers.

While getting hit by a beam often isn’t a sole determiner, it can lead to the fans blowing you off the map. On the other hand, the hammers can completely fling you across the arena and eliminate you without a chance for recovery, so running past these is a high priority!

The strategy here is near identical to Hex-A-Gone. However, since the ice hexagons break slower than regular ones, you can run around a lot more before resorting to the slow-jump method. This also makes it easier to trap other players since you have more time to prepare an area for yourself. Encountering others is much riskier here, though, since ice physics causes you to slide around. If you bump into another player, you may push each other off the map.

Fall Guys is available on PC, Xbox Series X/S, Xbox One, PS4, PS5, Android, and iOS devices through the official website. If you’re interested in reading more content, check out How to Emote and How to Add Friends. Additionally, if you’d like to read more strategies for other Fall Guys game modes, check out our Sweet Thieves Guardian and Thief Strategy Guides.