To do or not to do the Fandango 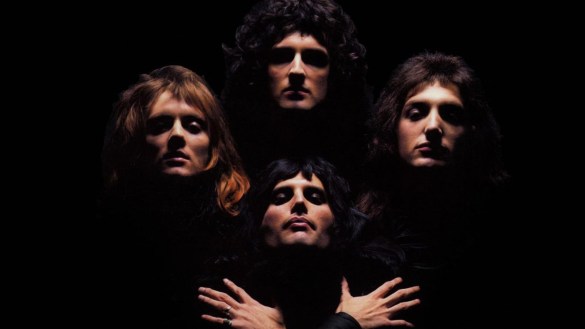 One of the greatest things about media is how every piece of work can be unique for each person. Personal experiences will impact their perception of this work, which may inspire them to create entirely new stories that incorporate elements that pleased them the most.

This is why we’ve seen so many of Shakespeare’s works being brought to the big screens, for example. Ancient myths often sneak their way into stories like Percy Jackson, God of War, or 300, constantly reinterpreted to a certain extent. Sometimes they’re just throwing names to make a reference, but such names may hold a deeper meaning in the story.

A simple concept is more than enough to bring a new story to fruition. And that’s precisely what happened when Hoyoverse designed the 6th Fatui Harbinger Scaramouche for Genshin Impact.

Introduced during the event “Unreconciled Stars”, fans immediately fell in love with him. Was it because he was a new villain? Or was it due to his cute and innocent facade? Maybe it was his real personality of a cold-blooded murderer who snapped at his servants when he didn’t get what he wanted.

We can’t pinpoint the exact reason, but one thing’s for sure: Everyone LOVED his name. Most keen players spotted the Fatui’s Commedia dell’arte motif thanks to Tartaglia and Signora, but Scaramouche was special. Freddie Mercury was responsible for making his name unforgettable.

Will you do the fandango?

And it gets even better as the chorus continues:

He hailed from Inazuma, the land of thunder. It was just too good of a coincidence.

It was memeable af, that’s for sure.

Disclaimer: The following text contains spoilers for the whole Archon Quests. But who am I fooling? Genshin players don’t read the lore anyways.

Related: How to Rename the Wanderer in Genshin Impact

Is This the Real Life?

Scaramouche is a name derived from Commedia dell’arte, a popular Italian theater form with pre-established characters with names that match all Harbingers in Genshin. You can also find Signora, Tartaglia, Dottore, and all of the others here.

In those plays, Scaramouche is often described as an unscrupulous and unreliable servant who uses others to escape punishment for his own mistakes. He’s often said to be a vile and small man, and that last part checks with his game counterpart.

Genshin never fully embraces their theatrical archetype and draws inspiration from other media as well. In his case, his story was partially inspired by the aforementioned song that made him famous among fans.

Details and references were dismissed as coincidences or easter eggs played for laughs at first, but they started to be so prominent that it was just obvious they were doing it on purpose.

For starters, his theme song is named “Ominous Fandango”. The Fandango is a traditional Spanish dance that has no direct relation to Commedia dell’arte. Was Hoyoverse acknowledging the meme? They do that sometimes, so it was not impossible.

It took a while before Scaramouche returned to the story, but his appearance during the Inazuma patches revealed more about his past.

Originally a puppet created by the Raiden Shogun, he was deemed a failure due to having emotions and crying during his sleep. With his divine powers sealed, he was left to his own devices to wander around the lands.

But now I’ve gone and thrown it all away

Didn’t mean to make you cry,

If I’m not back again this time tomorrow,

Carry on, carry on as if nothing really matters

While he was the one crying here, it was also much to his mother’s disappointment. While he was saddened at being abandoned, he felt like he brought it upon himself. And we cannot forget about Raiden Shogun’s real name, which is precisely:

Beelzebub has a devil put aside for me!

Raiden Ei is not Baal but Beelzebub, the former name belonging to her deceased twin sister’s name. Scaramouche’s life has been nothing but suffering from the moment she abandoned him.

He would later find many other devils during his long existence, but that could all be avoided if it wasn’t for Beelzebub’s decision.

No Escape From Reality

From this point on, the poor boy from a not-so-poor family was taken in by the workers of the Mikage Furnace in Tatarasuna. Without a name to call his own, he was referenced as the kabukimono, or simply the wandering eccentric.

Related: Who is Kabukimono in Genshin Impact? – Answered

But it was impossible not to feel like a castaway. After all, he was no human and had no heart. His own mother abandoned him from the get-go, and he had no place he truly belonged to.

I’m just a poor boy, I need no sympathy,

These thoughts grew in his head as the tragedy unfolded thanks to Dottore’s machinations. The Harbinger arranged the downfall of Tatarasuna all by himself while killing many of its residents, including the eccentric’s friends.

Dottore went the extra mile to gaslight the boy into thinking that one of his friends had abandoned the island and betrayed everyone’s trust, sowing even bigger discord into his (non-existent) heart. The final stroke was his meeting with a young orphan that lived nearby. When the boy ultimately succumbed to his illness (also caused by Dottore), the eccentric was alone once more.

This led to the creation of the Kunikuzushi, a new identity that Scaramouche decided to use. Despite what he was previously told, he was convinced to be a monster after all.

Goodbye, everybody, I’ve got to go,

Gotta leave you all behind and face the truth

Seeking revenge against the families of those who “betrayed” him, he plotted against their new generations in Inazuma until the Fatui smuggled him into their organization.

For years he served the organization, claiming that he was just using them as he was also being used. He succeeded in retrieving the Electro Gnosis and almost achieved godhood, but his plans were cut short thanks to the Traveler and Nahida efforts.

And after suffering a humiliating defeat, the Dendro Archon later subtly revealed how everything in his life was a lie.

Related: How to Unlock the Scaramouche Weekly Boss in Genshin Impact

Aside from being rejected by the Shogun, every misfortune in his life resulted from the same organization he had worked for. His revenge? All for naught as the people were innocent. His deceased friends? All of their blood was in Dottore’s hands.

Like any teen going through his emo phase (he may never get out of it), he went for the most drastic decision: to commit non-existing.

Using the final remains of his godlike powers, he forcibly erased his existence from the Irminsul, the repository for all information and existence in Teyvat. Erasing something in it means erasing its complete existence. This was his way of redeeming for all of his terrible acts.

Sometimes I wish I was never been born at all

(In fact, he actually said the verse in his Character Trailer.)

But this act cannot be so easily achieved. His actions impacted the lives of many people in history. Even though Scaramouche was no more, everything he did still happened, albeit in different circumstances.

And he couldn’t truly erase himself. Irminsul brought another version of the puppet back into existence, and this new version would eventually regain his previous incarnation’s memories at his own wish.

But it was different now. The first thing he does after gaining his vision is to destroy the fleeting memory of his older self (his Boss version, for gameplay purposes) as proof that he’s turning the page not only into a new chapter but into a whole new life.

His goal? To make the people who made his previous life miserable pay.

And he doesn’t care if he has to ally with his previous enemies. They’re basically on the same side now, although he still keeps his smirky, lone-wolf attitude.

And most importantly, did I mention that his new resolve was enough to grant him a Vision? An Anemo vision, of all kinds.

Any Way the Wind Blows…

While those cannot fit perfectly in his background, his Collected Miscellany video is literally named after the verse above. If that’s not a dead giveaway, take a look at his Voice Lines. His least favorite food is Dango, in contrast to the Shogun who loves it. Yeah, he straight up says that he won’t do the (fan) dango! Okay, that’s probably going too far, but it’s funny when you think about it.

Just like Bohemian Rhapsody narrates the classical Hero’ Journey into a legendary 6-minutes medley, Scaramouche follows a similar path in his character arc. He was never meant to be the living incarnation of the song but a small nod to it.

Developers in this game always take some time to implement tons of pop culture references around the game. A quick look at your Achievements will reveal lots of names related to other games, movie quotes, internet memes, and, of course, lots of lyrics from different songs. Making a character around such references was just a matter of time.

I just can’t shake off the thought of Hoyoverse’s writers deciding his background in a closed room. Someone randomly reads his name and goes “Scaramouche, Scaramouche!”, and suddenly everyone is singing along. And thus it was decided that his lore would be made around the song. As silly as this sounds, you wouldn’t believe the number of good ideas that come out from moments like that.

If that happened or not, it’s all up to you to decide. I stand my ground that this is 100% accurate. The final results are a compelling character arc that really appeals to the public, and that’s a huge win in my book. Everyone loves a suffering character, especially when he’s just as smug as Scara.

Now give him a Fandango dancer skin, you cowards.