Where to Find Consecrated Beasts in Genshin Impact

Birds, scorpions and snakes ready to ruin your day 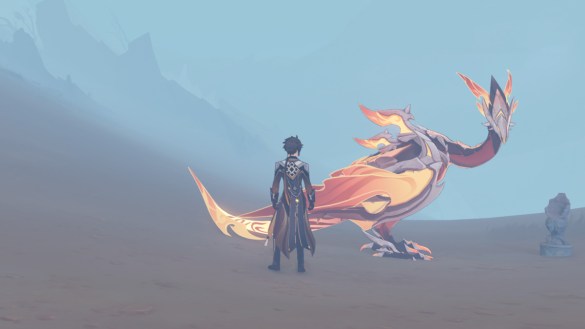 The Consecrated Beasts are a type of enemy introduced in version 3.4 of Genshin Impact as the inhabitants of the Desert of Hadramaveth. The thing is, they’re not very sociable, and the Traveler’s best option is to dispose of them as quickly as possible. Otherwise, the beasts will try to dispose of you instead.

And since their shells are necessary for leveling weapons such as the Light of Foliar Incision, you’ll probably be inclined to get rid of a few of them for the sake of having a powerhouse of a beat stick in your hands. Here’s where you can find these Beasts in the desert.

Where to find Consecrated Beasts in Genshin Impact

Just like the Black Serpents in the Chasm, these beasts are few in their number and are usually in some hard-to-reach places. But also similar to the armored knights, they drop tons of loot to compensate for that. If you just happen to have a little bit of luck, you won’t need to hunt for much of these.

While some of them are within the reach of a single teleport, many of them are underground, requiring you to enter the Wenet Tunnels through the Waypoint next to the World Boss. There will be a few detours here and there, but they’re not hard to come by.

Notice that this one Waypoint next to the Dune of Carouses is still accessed through the underground ways of Safhe Shatranj, so don’t go trying to reach through another way.

Related: Where to Find the Setekh Wenut Boss in Genshin Impact

These beasts are tougher than your average Fungi desert creature, so be careful. Some will have this special gimmick where you can stop its movements by hitting it with certain elements, just like their big boss. But with a well-rounded team, you may not even need to resort to that.

And that’s all you need to know about where to find the Consecrated Beasts in Genshin Impact. Keep scrolling down for more guides and tips, such as finding out where to get Sand Grease Pupas for Alhaitham.