Where to Find the Setekh Wenut Boss in Genshin Impact

Another day, another serpent to kill 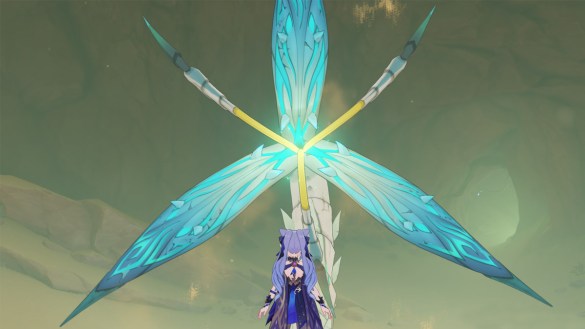 Genshin Impact keeps the challenge to players fresh with the introduction of new bosses every other patch. And in order to incentivize players to actually take the challenge, new characters will always ask you for those new bosses’ loot as ascension materials. For the 3.4 version, we got this with Alhaitham who requires drops from the Setekh Wenut Boss.

Setekh Wenut is a serpent-like World Boss found in the Desert of Hadramaveth, and will make you explore a whole new area in order to find it. You’ll be visiting it for a while if you’re trying to level anyone who needs their materials, so you might as well get used to its face. Here’s how you can find it.

How to Find the Setekh Wenut Boss in Genshin Impact

Make sure you have unlocked the full Desert map beforehand. If you’ve just started to explore the desert, the quickest way to reach this boss for the first time is through the Teleport at Khaj-Nisut. Start from there and keep heading northeast. You should see a few Ruin enemies and some Consecrated Beasts on the way, and that’s a sign you’re on the right path.

Keep traveling until you find a teleport with a Viewpoint next to it. Interact with it and then drop down into the hole directly in front of it, as this is the boss’ lair. It will even have a free Dendroculos if that’s your first time visiting it.

Much like the Ruin Serpent in the Chasm, this boss loves to hide in the sands after using a few attacks, costing your precious time. Fortunately, it has a lower HP than its mechanical counterpart, so a good combo during its initial phases may be enough to deal with it if you’re strong enough.

If that’s not the case, make sure you bring at least one strong character that’s either Pyro, Hydro, Cryo, or Electro. Notice how the boss shoots many Anemo pellets around the area. Well, it turns out that those can actually react with your own elemental applications.

When you see the big message popping up on the screen, hit the pellets with one of the aforementioned elements to bring the boss down to its scales. From now on, all that’s left is to finish it off. If it’s still standing after all that, just repeat the process as necessary.

For the next couple of visits, you now have a conveniently-placed teleport near the boss, so you might just use and drop down to its hole every time you need to slay it again. And you’ll need to slay it a lot.