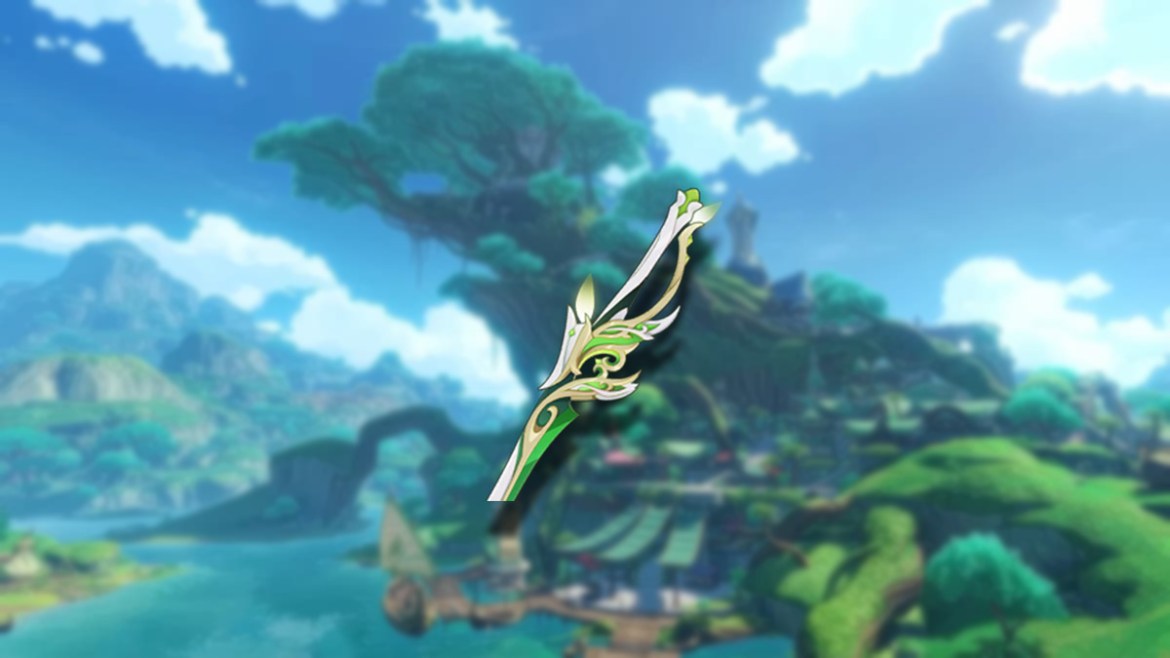 Light of Foliar Incision is a 5-star Weapon introduced in Genshin Impact version 3.4 “The Exquisite Night Chimes”, serving as the signature weapon for Alhaitham. It’s the sword of the Sumeru Forest Series of 5-star weapons alongside Nahida’s and Tighnari’s signatures and tells lore correlated to those.

Although it has an unusually low base for 5-star weapons, it makes up for it with a huge bonus for Critical Damage, the biggest of all Swords to date. Along with its good passive, it easily becomes a great weapon choice for a lot of characters. We’ll talk about its uses and who’s better with this sword below.

The passive effect benefits characters who can stack huge loads of Elemental Mastery as well as giving them a few extra points of Critical Rate. Weapons with Critical substats are always useful, so there’s a lot of value to gain from this sword even if you cannot make full use of its passive.

Best Characters for Light of Foliar Incision in Genshin Impact

Here you’ll find the best characters you can give this sword to. The options are probably just what you were expecting, though.

The obvious choice ‘cause the weapon was, like, literally made for him. He scales directly with EM, so using Elemental Mastery sands over the usual ATK is highly recommended, especially if you get your hands on this sword. His fast attacks are great for making maximum usage of the passive. Just throw it at him at any chance you get.

With the arrival of Dendro, running Keqing with a few extra EM points is not so bad anymore thanks to her synergy with Quicken. The weapon’s a great stat stick even without those, and she also hits fast enough to get some advantage from the passive.

Running Ayaka with Elemental Mastery is not very common, but it could be viable if you’re planning to use her on a Melt comp. If you’re still going for regular Freeze with no EM, its raw stats justify using the weapon.

Same case as his sister. EM Ayato is not something you see very often, but the sword offers the Critical stats Ayato likes.

He’s technically the second-best option, but due to only having access to infusion on C6, which is something 90% of the player base will never have access to, it’s such a rare case that it’s even hard to account for. Stick to the usual EM/ER% weapons for him unless you’re whaling hard.

If your main DPS sword users already have weapons more suited for them (Mistsplitter Reforged, Primordial Jade Cutter), Xingqiu, Kaeya, Traveler, or any other off-field character will be happy to hold onto this weapon solely due to its great stats.

Nilou also has natural element infusion without constellations, but she’s usually better played as a Bloom support. Bennett could be built around as a DPS using his C6, but some still prefer not to activate it, and this would also require insane stats on artifacts.

All Ascension Materials for Light of Foliar Incision

5-star weapons require an extra amount of effort to maximize them. To get it to its final ascension, you’ll need in total:

And aside from all of that, you also need a little bit over 1,500,000 Mora in total for ascension and leveling. Yikes.

You can get those in Sumeru’s Weapon Domain, the Tower of Abject Pride in the Apam Woods. Go with the highest difficulty for maximum drops and remember to bring a few Dendro and Electro characters as their reactions can reduce the enemies’ Elemental Resistances.

Where to Get Red Satin Materials

Those headbands and their upgraded forms are obtained by defeating the Eremites around Sumeru. If you don’t have enough already from exploring the areas, you can take a look here at our guide to find where those enemies are hiding. The new Desert areas also have a lot of them, so use your Adventurer Handbook to mark their position to make it easier.

Alternatively, you can buy them from Paimon’s Bargains in Stardust Exchange. Just keep enough of them for buying the free rolls in the next month.

Where to Get Shells Materials

Shells are obtained from the new Consacrated Beasts enemies in the Desert of Hadramaveth area. They’re still fairly new, so you’ll have to spend a few hours farming them using either an Interactive Map or the Adventurer Handbook. They can also be bought from Paimon’s store, but it will not be enough for fully upgrading a weapon, so have fun slaying those beasts!