Where to Get Sand Grease Pupa in Genshin Impact 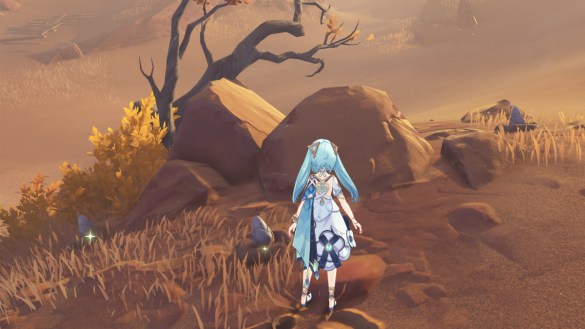 The new Desert area in Genshin Impact brings a lot of new elements to the table, including new enemies, lots of World Quests, and, of course, lots of treasures for you to discover. Among them, we also find some new ascension items, such as the Sand Grease Pupa, required to ascend everyone’s favorite buff scholar Alhaitham.

As this is a new area and characters require quite a lot of those to achieve their maximum potential (over 160 units), we got you information on where you can get the most important items to ascend the official Scribe of the Sumeru Akademiya.

Where to Find Sand Grease Pupa in Genshin Impact

These husks with quite a tenebrous lore are found exclusively in the Desert of Hadramaveth, so make sure you won’t miss them in your expeditions through the red sands. Since this area can be a little bit confusing, we got you with their positions in case you need some help.

Also, some of the Pupas will be underground (mostly in the Wenut Tunnels), so take notice of that. If you happen to have Tighnari, don’t forget to use his passive to guide you to the items.

Related: Where to Find the Setekh Wenut Boss in Genshin Impact

These can all be easily found on the surface, and will only require a few teleports to get. Sometimes, you’ll be required to bait a Wenut to hit one of the pointy brown colored stones to reveal a few hidden Pupas, so take notice of those whenever a Wenut is nearby (and try not to get hit).

Most of those are found through underground paths; you can reach them by following the arrows. Many can be found near the Setekh Wenut World Boss lair, just be sure not to startle it while underground.

Unlike the previous Sumeru areas, you don’t need to complete the main World Quests to have (almost) full access to the area. Some features will still be locked until you actually complete the Dirge of Bilqis series, but you should have no problem with searching the area for Pupas without them.