Where is Skull Rock in Disney Dreamlight Valley? – Answered

Taking a stroll along the beach to find a massive skull 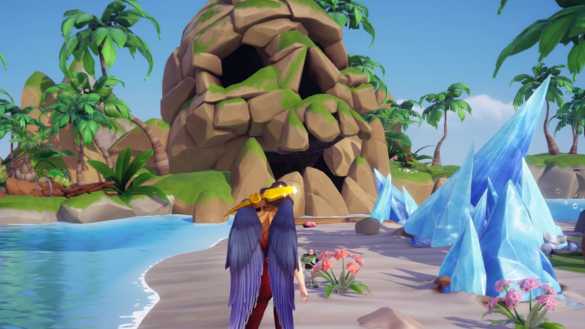 Throughout your Disney Dreamlight Valley adventures, you’ll have to travel all around the map to find clues to mysteries, items for fellow villagers, and treasure to help make you some money! There’s plenty to see in the game, and it’s up to you to figure out what to do first.

At some point, you’ll likely find yourself helping Ariel the Mermaid reunite with Prince Eric, initiating a series of quests searching for clues on his whereabouts. Along the way, you’ll have to locate and search around Skull Rock to find his sunken ship. If you’re already past this point, you may instead find yourself helping a particular little blue alien. If you’re interested in learning more, continue reading to discover where to find Skull Rock in Disney Dreamlight Valley.

Related: How to Get Coffee Beans in Disney Dreamlight Valley

Where is Skull Rock in Disney Dreamlight Valley?

As seen in the image above, Skull Rock is quite hard to miss!

Depending on what quests you’re trying to complete, you may need to complete a few tasks here. One example is one of Ariel’s friendship quests tasking you to search for Prince Eric. In this quest, you make your way to Skull Rock, the one described above, and fish near it to pick up a quest item. The right fishing spot appears above two underwater crates from his ship, making it slightly easier to identify.

If you’re instead searching for Stitch the blue alien and need to place a Homing Beacon down, your focus won’t be on the massive rock. Rather, you’ll put it on the island itself as a furniture item, situated right in front of Skull Rock.