When Was CS:GO Released? – Answered 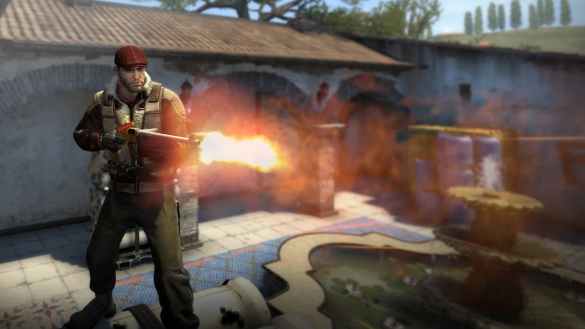 Counter-Strike: Global Offensive (abbreviated to CS:GO or CSGO) is currently one of the most popular FPS video games right now, though many players may be unaware of when the game was released and how far the tradition of this franchise goes. In this article, Prima Games will tell you when CS:GO came out and then some more. Enjoy.

When Was Each Counter-Strike Game in the Series Released?

We keep the Counter-Strike franchise close to our hearts as it was the introductory game to competitive esports (in its primitive stage, though), and we have decided to make a brief informative article that will showcase the entire history of releases of CS and will perhaps intrigue you enough to continue researching the rich history of this game.

Related: What is the Code for the C4 Bomb in CS:GO?

When Was Counter-Strike: Global Offensive Released?

CS:GO can be played on Windows, Mac, PS3, Xbox 360, Linus, SteamOS, and Steam Deck, which was not the case at release, which is just one of many proofs of the growth of the FPS in the past decade. Counter-Strike: Global Offensive was released on August 21st, 2012, and is developed by Valve Corporation and Hidden Path Entertainment.

When Was Counter-Strike: Source (CS:S) Released?

Counter-Strike: Source (CS:S or CSS) is probably the least popular game out of the three main games in the franchise.
For the most part, the professional scene seemed to like CS 1.6 more.

Related: After Decades of Pure Domination, the AWP Finally got Nerfed in CS:GO

Counter-Strike: Condition Zero Deleted Scenes was released on March 23, 2004, as a part of Condition Zero. For Linux and macOS, support was added on September 2, 2013.

Oh boy, the story of this game development is complicated. Here’s a video on the matter:

When Was Counter-Strike Released?

There are a few dates that are notable in the history of the original Counter-Strike:

After this date, people globally primarily refer to the “old” Counter-Strike as CS 1.6 since the updates were applied automatically through Steam (back in the day, you had to download patches and run them manually). Dozens of updates to this masterpiece have been done since, the last being on August 18, 2020.

When Was Counter-Strike Neo Released?

The Japanese Arcade version of CS was released back in 2003 and published by Namco. It’s also anime-themed.

When Was Counter-Strike Online Released?

Also known as CSO/CSOL and developed by NEXON Corporation for the Asian market. It was released on July 24, 2008.

When Was Counter-Strike Online 2 Released?

CSO/CSOL wasn’t enough for these people, so they made a MMOFPS. It came out on November 28, 2013. Some of the features not used in CS:GO were used in this game, such as character customization.

When Was Counter-Strike Nexon: Studio Released?

Formerly known as Counter-Strike Nexon: Zombies (CSN:Z), it was released on October 7, 2014. This one is also available in the West, and apart from the regular CS modes, it also has FIVE zombie modes!

We hope you loved this trip down memory lane. Check out what else our CS:GO game tag has to offer below.