When is Tyranitar Coming to Pokemon UNITE? – Answered

Play as the big green dinosaur! 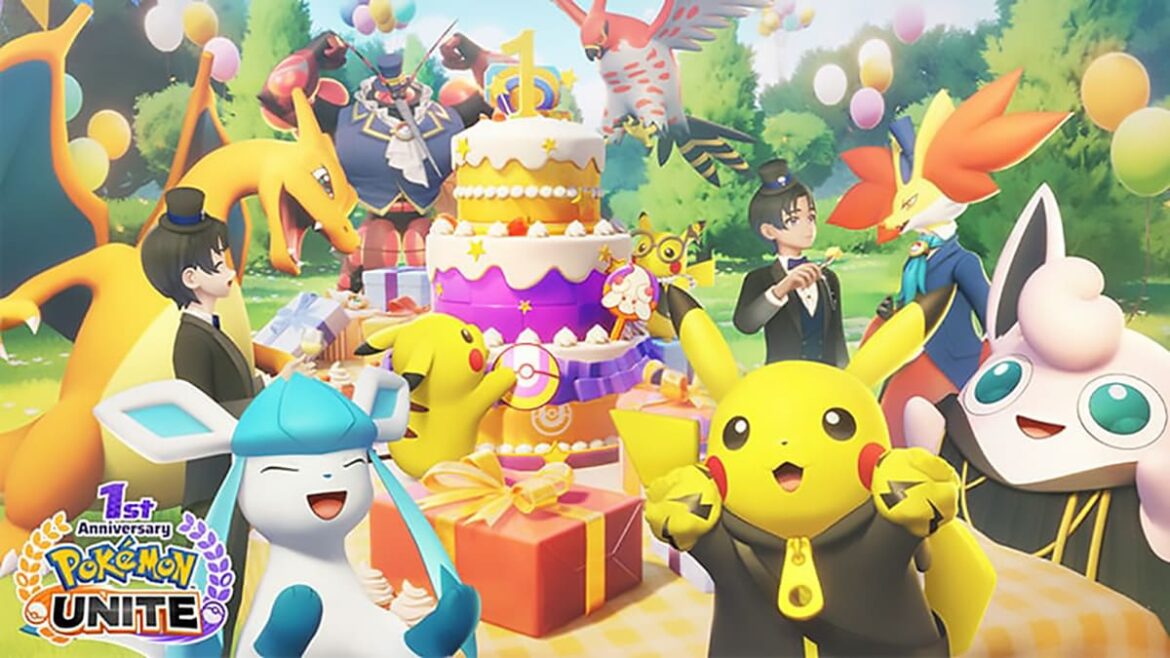 Pokemon UNITE is currently celebrating its first anniversary! With birthday celebrations comes plenty of new, exciting features in the game for us all to enjoy. Furthermore, this update comes with a new battle pass season, exclusive holowear, unite licenses, and limited-time events. The most exciting news of all, Glaceon’s introduction to the battlefield in July, followed by Buzzwole’s earlier this month, will conclude with Tyranitar’s appearance shortly after. If you’re interested in learning more, continue reading to discover when Tyranitar is coming to Pokemon UNITE.

When is Tyranitar Coming to Pokemon UNITE?

With Glaceon and Buzzwole’s appearances two weeks apart from each other, you can rest assured that Tyranitar is joining shortly after on August 15. According to the official Pokemon UNITE Anniversary announcement, there is another two-week wait between Buzzwole’s recent introduction and Tyranitar’s release date.

The addition of Glaceon, Buzzwole and Tyranitar are part of the first wave of Pokemon roster changes to occur this month. Once September commences, a second wave will hit with even more Pokemon joining the party. There’s currently no public information on which Pokemon will appear in September.

However, alongside this, there are currently Boss Rush events underway, with the current one ending on August 7. After the second Boss Rush ends, the third and final will begin shortly before Tyranitar’s release date. Starting on August 14, the rush will progress until August 21, giving you another week to defeat bosses and earn rewards.

Related: How to Get and Use Emblem Boosts in Pokemon Unite

Another notable feature added during this update is the Anniversary Cake Challenge. You’ll gather frosting to build up your cake as you play the game and complete event tasks. By collecting frosting, you’ll receive various rewards through its tiered system. This portion of the Anniversary events lasts until September 1, giving you plenty of time to climb the cake ladder.

Pokemon UNITE is available to play on Nintendo Switch, Android and iOS devices through the official website. If you’re interested in learning more about the game, check out How to Check Pokemon UNITE Server Status and How to Surrender.