When is Kiriko Coming to Overwatch 2 Ranked? – Answered

How long until we can play the new queen of Ranked? 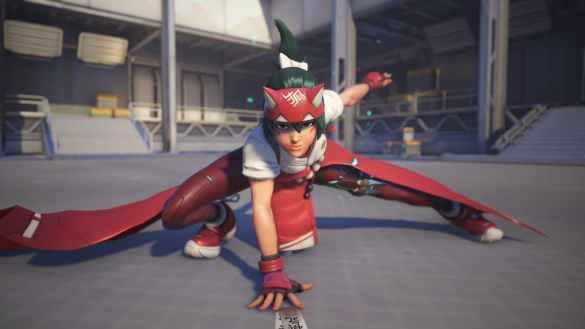 Kiriko is one of the new Heroes in Overwatch 2, and the Internet has gone completely crazy about her. The kit she has is fun, the kitsune-ninja-healer vibe is successfully checked by pretty much everyone, and the question that truly bothers players is, of course, when she will be coming to Competitive.

Prima Games has done some research and below we will tell you when Kiriko is coming to Overwatch 2 Ranked mode.

When Will Kiriko Be Playable in Overwatch 2 Ranked?

As is the case in many competitive video games with playable characters that have unique skill sets, abilities, and weapons, whenever a new hero is introduced to the game, some testing is done internally by the developer team.

Given the circumstances, they cannot test the character to the full extent; some broken combos and interactions might be overlooked, some top-tier competitive player sees something the developers don’t, a bug appears that makes the character broken, and whatever other random situation can happen.

This is why the devs allow players to test the character in live surroundings in casual, unranked matches. We can call this the “adjustment” period. Of course, more often than not, a new character is outright busted and would be imbalanced to have it available in Ranked because it would give an unfair advantage, so Blizzard needs to collect their data first to make sure she’s in perfect shape before adding her to Competitive.

Related: How to Get Golden Guns in Overwatch 2

When she becomes more balanced after the developer team inflicts the necessary adjustments (*cough* nerf *cough*), it will be available in Overwatch 2 Ranked. For Kiriko, this will be December 7, 2022, on the first day of the second Overwatch 2 season.

Now that you know when Kiriko will be playable in Competitive, feel free to explore more Overwatch 2 content under our game tag below.