An in-depth guide to earning every trophy or achievement for the recently upgraded indie classic. 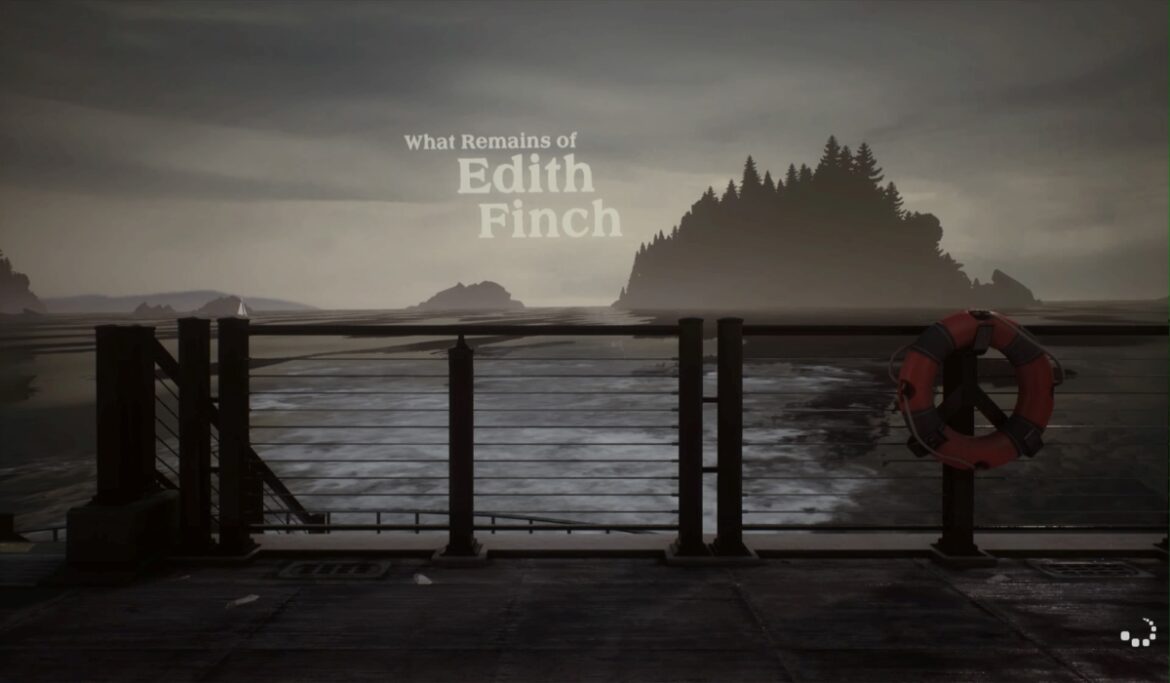 The 2022 Annapurna Showcase shocked indie game fans when the videogame publisher announced a surprise PS5 and Xbox Series X|S drop of the somber first-person walking sim, What Remains of Edith Finch, from developer Giant Sparrow. The upgraded version is now available for free to those who own the game on PS4 and Xbox One, and has been improved to run at 60 frames per second with 4K resolution. The Xbox One iteration of the game, which netted a 92 Metacritic score is also currently available to immediately download for subscribers of Xbox Game Pass, but this guide will focus on the upgraded versions of What Remains of Edith Finch, and will demonstrate how to earn the game’s 12 trophies for PS5 (including a shiny new Platinum trophy previously not available in the PS4 version), or 11 achievements for 1,000 Xbox Gamerscore on Xbox Series X|S.

Step One: Walk Both Paths to the Finch House, Look Through Peepholes, Finish the Story

What Remains of Edith Finch is a story-driven game in which you explore the long-abandoned mansion of the cursed Finch family on Orcas Island, Washington. The game tasks you with delving into the Finch’s family tree and reliving the final moments of each the estate’s former inhabitants through their findable journals. While there are nine “missable” achievements, these can for the most part be easily accessed through the game’s chapter select function, so it is highly recommended that you simply play through the game at your own pace without using any further guidance, and feel yourself drawn in by its melancholy story. That being said, it is also suggested that you follow both paths to the Finch House at the very beginning of the game in order to get the All Roads achievement and that you look through as many room peepholes as you can during your blind playthrough to aid you in earning the A Closer Look achievement, as this will decrease the amount of cleanup time later in the game. These will be further explained later in the trophy guide.

Step Two: Watch the credits until you see the name, “Johann Ly”

It is important that you watch some of the credits, at least until you obtain the Thanks, Johann! achievement. Once you see the name Johann Ly, the “Audio & Unlockables Programmer” of the game, you will receive the trophy, and can continue to the next phase.

There will be at least two achievements left to find, including Loop-de-loop-de-loop and Replay a story, which can be both be obtained through replaying Calvin’s story. If you missed any other achievements, then simply go to the pause menu, and choose “Replay a story” to obtain the missed trophy in its corresponding chapter. Even if you skipped a character entirely, you can still access their story from the pause menu. For specific trophy information, look below:

1. Everything Ends (Finish all stories) – MISSABLE

In order to get this achievement, you must play through the story of What Remains of Edith Finch, and complete the family tree journal. This is a missable trophy, but any characters skipped can be easily accessed through the pause menu after finishing the game. In total there are 13 characters whose stories must be found. If you missed a certain character, their stories are discoverable through interactable objects with a distinctive book icon, as seen below:

Edith – completed at end of game.

2. A Closer Look (Look in all peepholes and telescopes long enough to hear Edith’s commentary) – MISSABLE

There are nine peepholes you must look through in order to obtain this achievement. Eight are peepholes for sealed off rooms and one is a telescope. While in my experience, you don’t have to listen to all of Edith’s commentary, it is best to make sure you wait until all of the text disappears and Edith stops narrating before you stop looking through the peephole to ensure your don’t miss out on the achievement. There are six peepholes located in the Finch house, while three can be found in other locations of the Finch estate. Since the peepholes are cumulative, if you miss any during your first playthrough, you can find the ones you are missing during the cleanup section, but it can be somewhat complicated to navigate to the final three, so try to find as many as you can during your first playthrough. Once have looked through all of them you will earn the trophy. The peephole locations and their corresponding images are as follows:

Peephole #1 – On the first floor of the house by the front door.

Peephole #2 – Upstairs on the second floor, to the right, you can find Molly’s room.

Peephole #3-5 – Upstairs on the second floor, to the left, you can find three rooms in close proximity.

Peephole #6 – Upstairs on the second floor, before the stairs to the third floor (which is blocked off), you can find Barbara’s Room.

Peephole #7 – After the pet cemetery, near Odin’s monument on an overlook into the sea, you can find the Telescope.

Peephole #8 – Milton’s room is across the bridge from the classroom.

Peephole #9 – Lewis’ room is found upstairs to the right from the classroom.

3. All Roads (Take both paths to the house) – MISSABLE

At the very start of the game, you follow a path through the woods to the Finch mansion. This path leads to a fork in the road, allowing you to choose either the right or left way. Decide whatever path you prefer, follow it, and you will reach the house, but make sure you don’t go into the house yet. Turn around and follow the path you initially took back to the fork in the road. Walk on the unexplored path to the Finch house and the achievement will pop, then you can progress with the story.

During Molly’s story, you get a chance to play as a variety of animals. During the section in which you play as an owl, you must catch two rabbits in only two swoops. The key is to follow the game’s text. First, when you see the word “Rabbits” align yourself with the rabbit in the snow, and swoop in its direction, and you should easily catch it. Then, when you see the words “A Momma rabbit!” once again align yourself in the general direction, swoop, and the achievement will be yours.

During Molly’s story, you get a chance to play as a variety of animals. During the section in which you play as giant snake, past yellow double doors, you will come across a drunken sailor, slumped on a table who is, ironically, singing the sea shanty “What do you do with a drunken sailor?” You must wait for him to complete his lengthy song. His final verse of lyrics include, “Heave ho and up she rises.” Once he is finished singing, the trophy will be awarded.

6. Clear the Table (Clear all balls off the pool table) – MISSABLE

During Barbara’s story, the comic book horror tale, you will descend the stairs to the basement and pick up her boyfriend Rick’s crutch to use as a weapon. In the first room in which you attain the weapon, you will see a pool table covered with cans, balls, and wooden planks stacked on it. It is important to knock everything you can into the pool table’s pockets, or off the table entirely. Don’t forget the wooden planks stacked near the back of the table. Once the table is entirely cleared of all balls and debris, the achievement will pop.

7. G-R-E-G-O-R-Y (Knock all the letters of Gregory’s name into the bathtub) – MISSABLE

During the sequence with baby Gregory, you control a jumping frog toy in the bathtub. There are letters spelling out “GREGORY” on the right side. Through using the R1/R2 button on PlayStation 5 or the Right Bumper/Right Trigger on Xbox Series X|S, jump the frog into the letters to knock them down, and you will receive the achievement.

8. Thanks, Johann! (See Johann’s name in the ending credits) – MISSABLE

During the credits, you need to wait until you see the name “Johann Ly,” the game’s audio and unlockables programmer. Once you see his name, you will be awarded a trophy.

During Sam’s chapter, the gameplay includes a unique mechanic of taking photographs to tell the story, but also contains a missable photo. In order to get this achievement, during the second picture when Dawn is standing in the pouring rain in front of the the sign for “Odin Finch National Park,” DON’T TAKE DAWN’S PICTURE YET OR YOU WILL MISS THE ACHIEVEMENT. Instead aim your camera to the right, and you will find a nearby park bench with a rabbit sitting next to it. Focus the photo, snap the picture, and you will receive the achievement.

11. Replay a Story (Replay a story after completing the game)

After the end credits roll, simply return to the pause menu, and choose the option to replay a story. The achievement will pop immediately upon replaying one of the stories. To save time, it is best to choose Calvin’s story, as you have to replay it anyway.