What is the Rarest Chest in Sea of Thieves? - Answered - Prima Games
Tips

What is the Rarest Chest in Sea of Thieves? – Answered

A chest that holds the most valuable treasure... 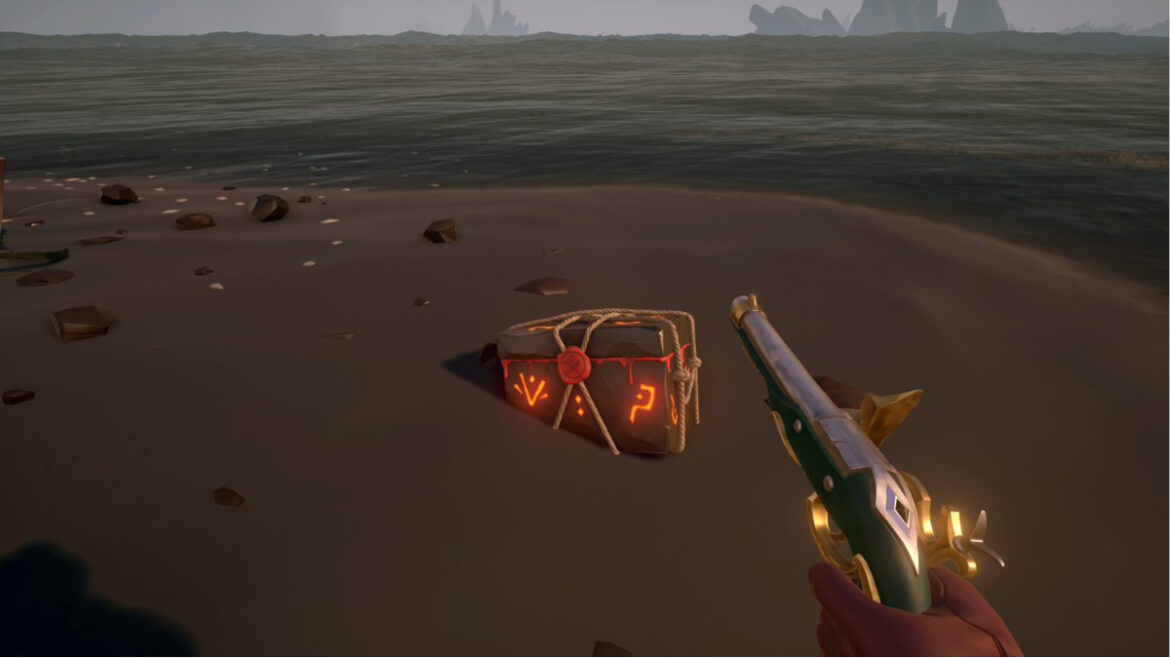 Sea of Thieves is a popular MMO in which millions of players live out their pirate fantasies by sailing, fighting, and hunting hidden treasures over immense seas and mysterious islands. The world of the game is vast, with numerous mysteries and booty to be unearthed and seized – but which treasure chest in the game contains the greatest prize? Where is the rarest chest in Sea of Thieves located?

What is the Rarest Chest in Sea of Thieves?

The most valuable treasure in the Sea of Thieves is the Box of Wondrous Secrets. It is arguably the rarest item in the game that can still be obtained. The big black box wrapped with a rope, with a large red wax seal and yellow glowing markings on the sides, is worth 25,000 gold – which also makes it one of the most expensive items.

Related: How to Change Ship Type in Sea of Thieves

The Box of Wondrous Secrets Lore

There is some pretty neat lore related to these rare boxes:

“Stitcher Jim discovered the Box of Wondrous Secrets while sailing with the Forsaken Shores Alliance. When he opened the box and looked inside, he realized the contents were unimaginable, which drove him nuts. In order to bring the Box of Wondrous Secrets to his employer, The Gold Hoarder, Jim betrayed the Forsaken Shores Alliance, killing everyone save Grace Morrow, who Jim poisoned.”

The Box of Wondrous Secrets can be found in random locations surrounding the Devil’s Roar (except in Molten Sands Fortress, Morrow’s Peak Outpost, and Seaposts). Be sure to look for them thoroughly because they can spawn both underwater and buried in the sand. If you happen to find it, The Box of Wondrous Secrets can be sold to Grace Morrow at Morrow’s Peak Outpost, or to The Servant of the Flame located at The Reaper’s Hideout.

Now that you know what is the rarest chest in the Sea of Thieves, it’s time to set sail for Devil’s Roar and start grinding those very valuable wondrous chests.

For more Sea of Thieves, check out how to get Ashen Keys, how to join an Alliance, and how to get Pets.