How to Get Ashen Keys in Sea of Thieves 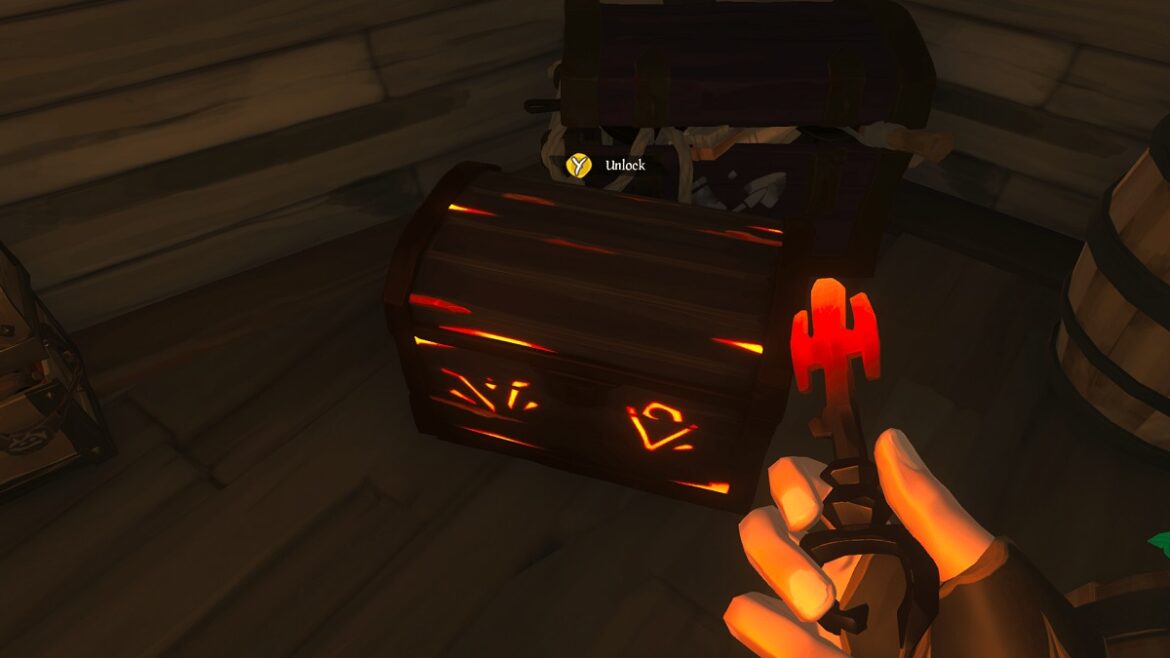 Ahsen Keys are in high demand in Sea of Thieves because they can be used to open Ashen Chests that hold extremely valuable treasures. They frequently contain gold, ritual skulls, and volumes required to unlock other beneficial things like commendations and doubloons. So going into the trouble of finding a rare Ashen Key is worthwhile every time you come upon an Ashen Chest while adventuring in Sea of Thieves.

Where to Find Ashen Keys in Sea of Thieves

Those very valuable keys can be obtained with three different methods, see the guide below for all of the ways to get the Ashen Keys in Sea of Thieves:

Finding Ashen Keys in Sea of Thieves by Fishing

Though time-consuming, fishing is one of the simplest and most effective ways to gain an Ashen Key. When you discover a fish, cast a line out and snap it back in, and continue fishing until you obtain an Ashen Key. While this method can take a while, you will be able to fish it out eventually. Alternatively, you can delegate this task to some of your crew members to help you out.

The second strategy is to locate Ashen Key Masters who are always accompanied by Ashen Guardians. When you find and beat them, the Masters will always drop one Ashen Key, while the Guardians will carry a map with the location of the Ashen Chest marked on it. Neat! You can further exploit this approach by resetting the island by dying or swimming away after collecting the loot, causing the Ashen Skeletons to respawn.

The final way to get the Ashen Keys is by visiting the Skeleton Fort. Whenever you see one spawn in the world, head out there fast before other players get the same idea. Inside every Skeleton Fort, there is always one Ashen Key Master and Ashen Guardian mob team that you can defeat for a guaranteed drop of one Ashen Key and an Ashen Chest location.

Now that you know the tactics of farming the Ashen Keys and finding the locations of the Ashen Chests, it’s time to sail back to the expanses of the Sea of Thieves and collect that Ashen booty!

For more Sea of Thieves, check out How to Join an Alliance, How to Get Pets, and How to Change Ship Type.