What is the Orion Camo Glitch in MW2? - Answered - Prima Games
Tips

What is the Orion Camo Glitch in MW2? – Answered

Another mastery glitch made its way to MW2. 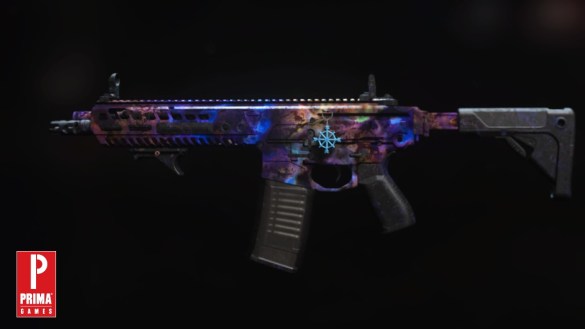 Players are always looking for a new way to cheese their way to the mastery camo when a new Call of Duty releases. This year, the Orion mastery camo has already had some exploits, and a new one entered Modern Warfare 2 with the most recent Season 1 Reloaded update in December.

This time, the process is surprisingly easy as long as you have a few minutes to spare. But it’s certainly not foolproof and you should expect the method to be patched at some point soon. With that said, we’ll explain how some players are using the latest Orion mastery camo glitch in MW2 and what it entails.

Modern Warfare 2 – What is the Orion Camo Glitch?

Before we get into what the latest glitch is, we will not be explaining the exact process. This article will explain vaguely how some players are pulling it off, and readers can always find full explanations. There are already plenty of videos displaying the process. Because this isn’t a full unlock, it’s less of a global and aggravating glitch for those still on the grind. And hopefully, it gets patched soon.

This Orion camo glitch involves the social tab of Modern Warfare 2. Within social, there is a way to search for groups that are all using the same exploit. Players are joining these groups for one reason only, and that is to copy the displayed weapon of players within that group.

There are some players with Orion camo that are displaying a weapon with the mastery camo on their social operator. Anyone can then copy the weapon as a blueprint and carry it over to their own loadout. This then multiplies how many players can have the mastery camo in their displayed weapon slot, and in turn, the number of players copying it. But there is one major block to the glitch.

Only the weapon that was copied can be used with Orion. So if you copy an M4 with the Orion camo, you can only use that M4 blueprint with the mastery camo. You won’t technically have the mastery camo unlocked and you’ll still need to complete the full camo grind for it. But if you don’t care about the mastery camo, this method can still be used to try out store blueprints or simple loadouts. Regardless, don’t expect it to be around for long.