How to Get Akimbo Pistols in COD Modern Warfare 2

Double the guns and double the damage. 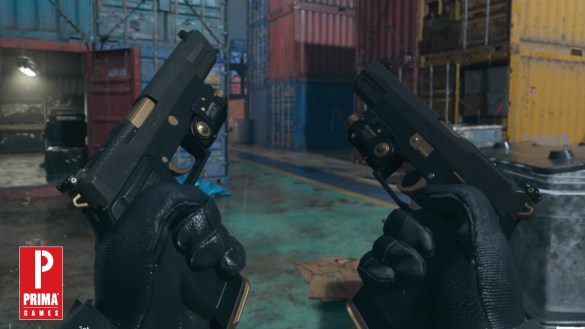 Whether you’re in Modern Warfare 2 or Warzone 2, it’s hard to get through a match without at least one player running some Akimbo pistols. Pistols in Call of Duty: MW2 are already strong on their own, so it’s no wonder players would double up their damage without needing special perks.

With so many attachments to unlock though, it can be hard to tell exactly how one part of a weapon is unlocked for so many others. The good news is that this attachment isn’t too hard to get, but it can’t be done just once. This guide will cover how you can get your own Akimbo pistols in Modern Warfare 2.

COD Modern Warfare 2 – How to Get Akimbo Pistols

There are five different pistols that can be unlocked in MW2, and each one has its own set of attachments that extend to the other weapons. But in the case of akimbo attachments, each pistol must have its own version unlocked. That means if you want Akimbo on all five pistols, you’ll have to grind through each one of them.

The Akimbo attachment itself is part of the Rear Grip options on all of the handguns, and it is always tied to the level of the weapon itself. That makes unlocking it fairly easy, but this attachment tends to be locked until the end of the leveling process. With an XP booster and some grinding on Shipment, though, you’ll have the Rear Grip piece you need.

Once you add the Akimbo Rear Grip attachment, you’ll lose access to some other slots, depending on the pistol being used. You also won’t be able to aim, so building around the idea of dual-wield being used is beneficial. That means plenty of hip fire accuracy, more magazine capacity, and sprint-to-fire time. And if you’d like to know, the P890 is currently the deadliest dual-wield option in the game.