What Do Llamas Eat in Minecraft? - Answered - Prima Games
Tips

Find out what kind of meal plans they have 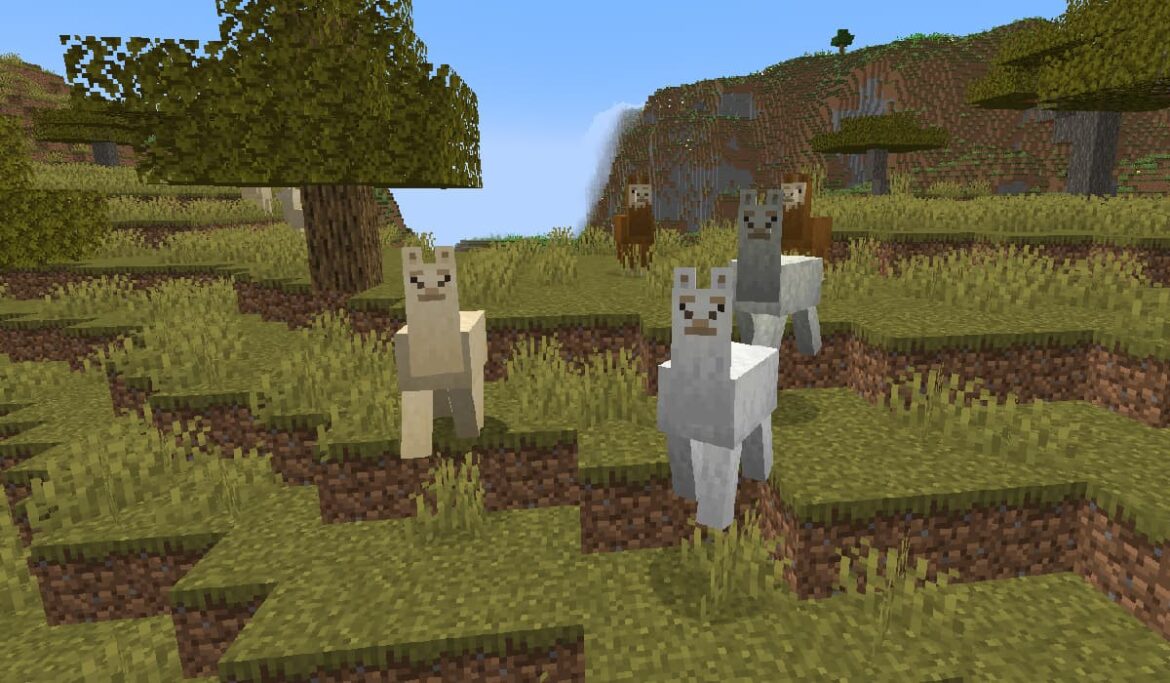 Llamas are a unique animal in Minecraft known for their decorations, closeness to wandering traders, and overall cuteness. Typically spawning in Savanna and Windswept biomes, llamas are one of many mobs you can interact with and tame. You can even feed them and watch little red hearts appear above their heads.

If you’re interested in learning more, continue reading to discover what llamas eat in Minecraft Java and Bedrock editions.

What Do Llamas Eat in Minecraft?

Llamas eat wheat and hay bales in both Minecraft Java and Bedrock editions. While they have similar effects on a llama, some key differences exist.

If you feed a baby llama either wheat or hay bales, they’ll grow up slightly faster. This increase in growth speed results in the baby becoming an adult more quickly. While this difference isn’t noticeable with wheat, hay bales reduce the time by over one minute.

Related: How to Change Your Minecraft Skin in Java, Bedrock, and PE

Additionally, wheat and hay bales heal llamas. In particular, hay heals much more than wheat does per block. Furthermore, you can’t breed llamas using wheat. If you’re looking to get plenty of baby llamas roaming around your base, you’ll have to start crafting plenty of hay bales using your extra wheat.

To feed a llama in Minecraft, interact with the animal while holding wheat or a hay bale in your hand. Depending on what platform you’re using, you’ll use the following buttons:

Just be careful as you’re feeding the llama! You’ll lose your wheat and hay bales each time the llama eats. Be sure to conserve them if you need either item for crafting or building.

Minecraft is available to play on PC, Xbox One, Xbox Series X/S, Nintendo Switch, PlayStation, and mobile devices through the official website. For more information about the game, check out our Quick Charge Enchantment Guide and How to Get Sharpness 1000 in Minecraft Bedrock.