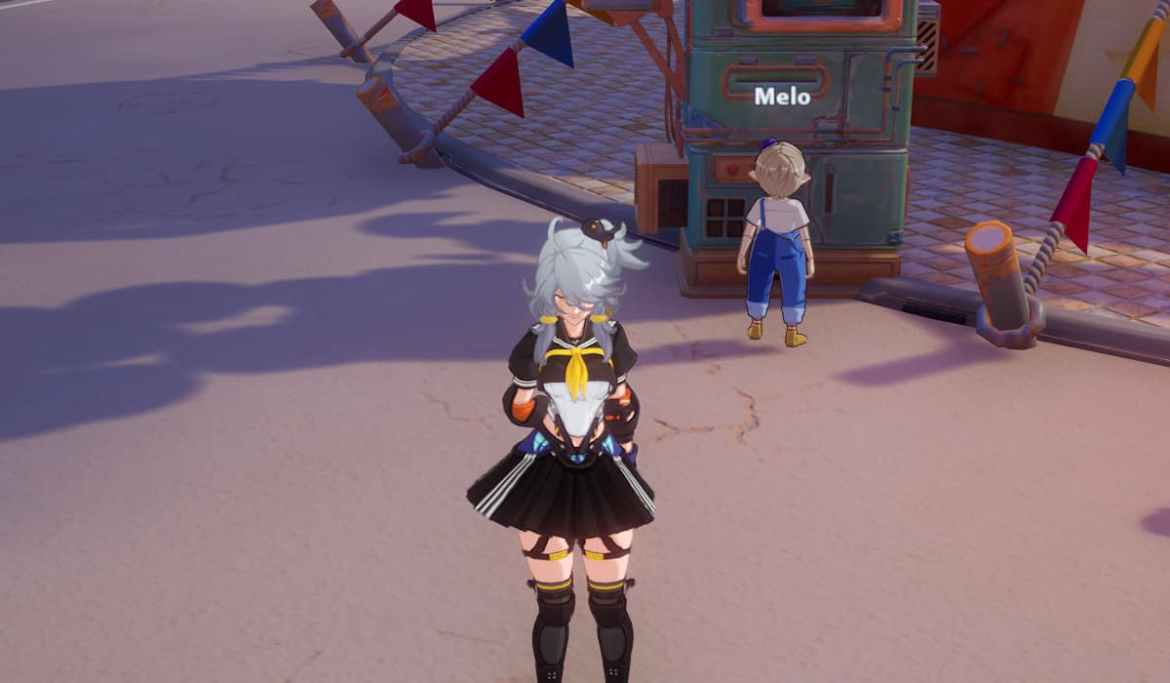 If you’ve completed every main story quest in Tower of Fantasy Chapter five, you’ll be well on your way to getting every possible plot reward. To get to 100 percent, however, you’ll have to finish two side missions alongside the main questline. One of these side quests is Melo’s Upgrade Plan, requiring you to detour to Cetus Island. If you’re interested in learning more, continue reading to find a comprehensive guide on finishing Melo’s Upgrade Plan quest in Tower of Fantasy.

Below are all the steps for completing each part of Melo’s Upgrade Plan quest in Tower of Fantasy:

Once you arrive at the Spacerift, go directly west along the path and speak to Hopkins about the language chip. After judging your appearance and wealth, he’ll propose a trade. For three Firecores, Hopkins will exchange the language chip. You can farm firecores from red, elemental ores scattered around the world map. If you don’t want to hunt for them, you can also buy some from the Weapon store using black gold or the Support store using support points.

Related: How to Get Firecore in Tower of Fantasy

After gathering three Firecores, give them to Hopkins to reveal that he is not yet willing to part with the chip. That’s right. It’s time to talk to Melo again to figure out what to give to Hopkins. After transmitting to Cetus Island and interacting with Melo, he’ll tell you to ask the doctor. Head south and talk to Claire to continue with the story.

Once you speak to Claire, she’ll tell you that the way Melo talks is fine and not to worry about it. Unfortunately, Melo seems to disagree since he has now disappeared to the Banges Black Market. Head back to this area towards where Hopkins was located to find Melo nearby. You’ll learn that Melo has a faulty language chip, requiring you to have another conversation with Hopkins.

Returning to Hopkins and conversing with him will reveal another piece of information. He sold the previous language chip but has now gotten his hands on another directly from Cetus Island. As you connect the dots on the situation, your character will express concern and contemplate revisiting Claire for some help.

Related: Where to Find All Banges Scenic Points in Tower of Fantasy

Head back to Cetus Island and talk to Claire about Melo’s malfunction. She’ll gift you a chip you can give to Hopkins to get Melo’s old one back. After a series of exchanges with Hopkins, followed by a conversation with Claire, you’ll finish Melo’s Upgrade Plan quest line as part of the Tower of Fantasy Chapter five story!

Tower of Fantasy is available on PC, Android, and iOS devices through the official website. If you’re interested in other Tower of Fantasy quest guides, check out our Hidden Memory and Snowfield Expedition quest walkthroughs.