Looks completely horrendous at first, but then you find out that the only horrendous thing is the look of the Void. 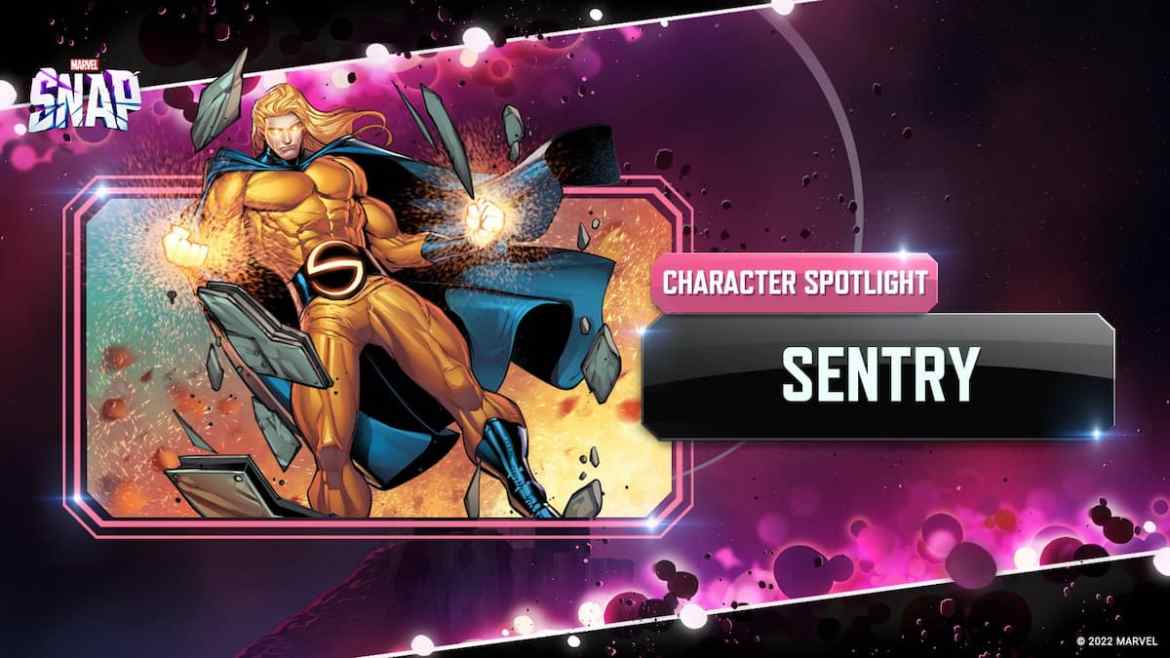 Marvel Snap has revealed two new cards, one of them being The Sentry. At first, the effect looks weird and problematic, but some cards work well with it. Prima Games will showcase the card below and provide tips on how to best use it or play against it. Of course, many decks have excellent synergy potential with this card, and not all hope is lost; you can counter it.

For 4 Energy, you get an 8-Power card that says: “Cannot be played at the right location. On Reveal: Add an 8-Power Void to the right location.” Immediately, remember Drax that has a similar outcome if you guess where your opponent will play his card(s) on Turn 4 (thus forcing your Drax to play somewhere you perhaps wouldn’t like). Crossbones has the same stat line but can only be played on locations where you are already winning, which can be pretty problematic.

Decks and Synergies for The Sentry in Marvel Snap

Having a -8 Power card on board is awkward, especially if you need that Location to win.

Based on this information, a Deathwave / Death / Self-Destroy type of deck works decently with The Sentry.

Counters for The Sentry in Marvel Snap

We hope you’ll enjoy wrecking battles with The Sentry or produce funny situations where you counter it, leaving the opponent in shambles. Check our other Marvel Snap articles at the game tag below if you’re up for some more reading!