Your opponent will have just a few cards in their deck at the end of the game, UNLESS... 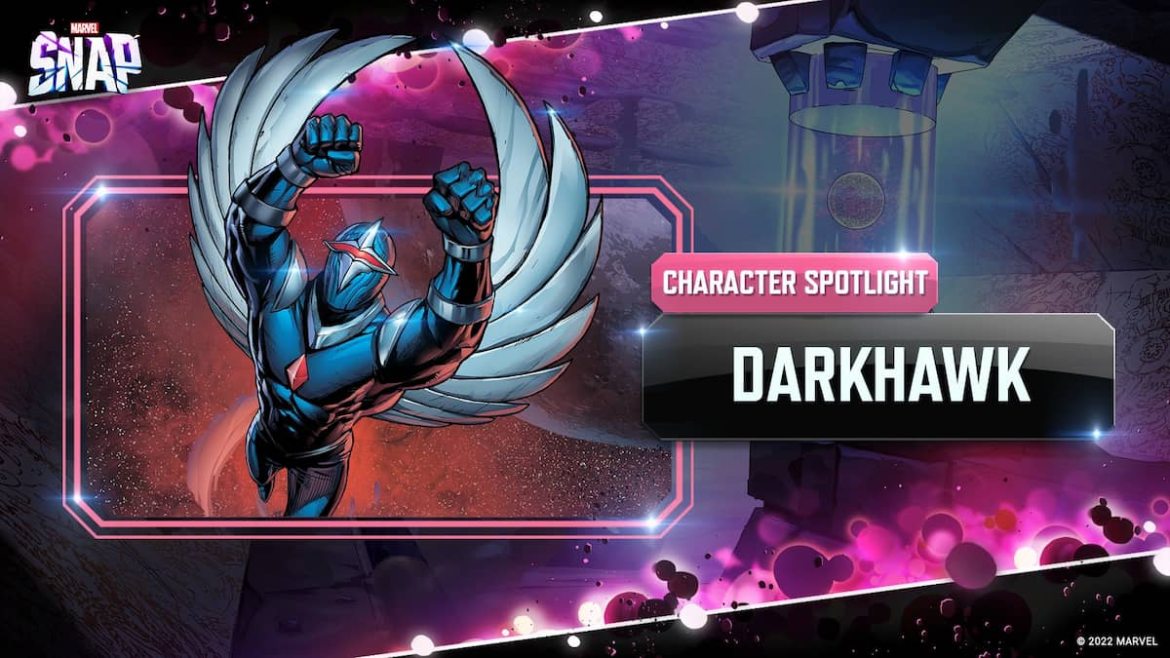 Marvel Snap has revealed two new cards, and one of them is Darkhawk. At first, the effect looks weak and underwhelming, but wait, don’t close the article yet. What if we told you that some cards work well with it? Prima Games will showcase Darkhawk below and provide you with tips on how to best use it. You won’t believe it when you see it!

Darkhawk is a card that costs 4 Energy, with just 1 Power on it. However, the footnote says, “Ongoing: +2 Power for each card in your opponent’s deck.”. The natural question of mostly everyone is, “But doesn’t the opponent’s deck get very thin, if not empty, by the end of the match?” and yes, you are very, very correct. There are ways to prevent this, of course.

You probably remember some cards already, but we’ll help you out, no worries.

Related: What is Winterverse in Marvel Snap and What are the Daily Login Rewards?

This is our variant of the deck. There are many others, but this one is ours. Some people like to put in Beast so that they can re-do some effects, and people use Storm as additional pressure, but all in all, these are small differences.

We’ll go through each card below:

How to Counter Darkhawk in Marvel Snap

There’s nothing much you can do because most of these suggestions are not generally suitable for all-purpose use, so unless everyone starts playing Darkhawk decks, choose your counters carefully: