Stranger of Paradise: All Bosses Listed

So many bosses, so little Chaos 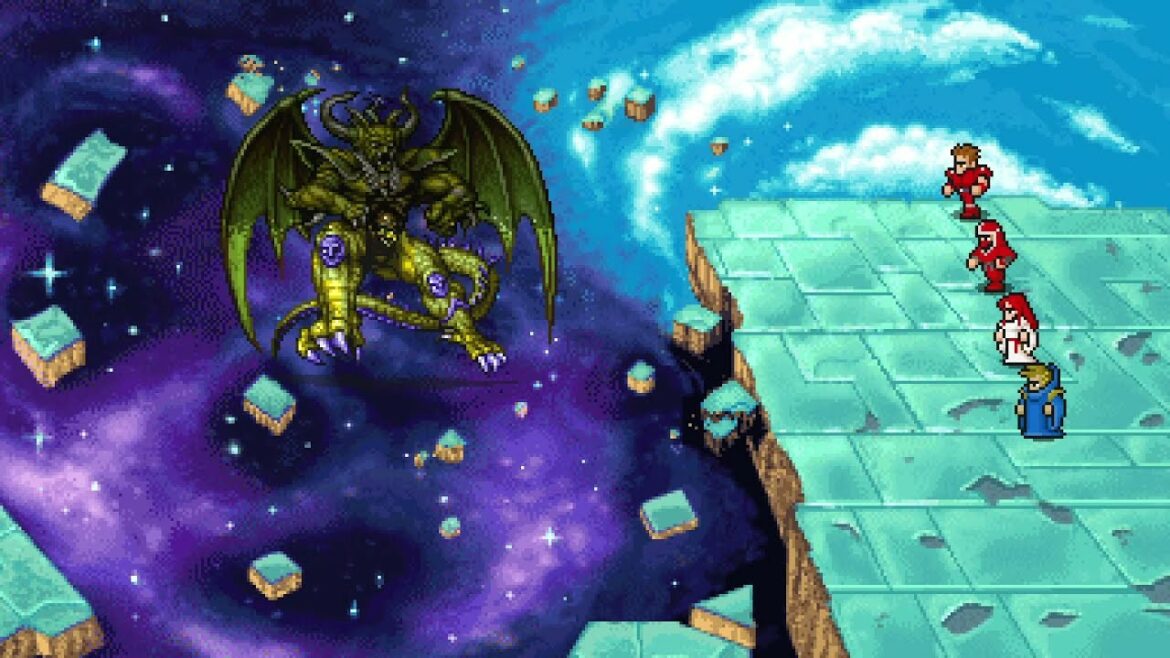 It’s time for a boss guide! As of this writing I have beaten Strangers of Paradise inside and out. I got the platinum. I have not just defeated Chaos, I am chaos. Or something. Introductory paragraphs for guides are a journey y’all. Anyway, there are several boss fights in this Square Enix Soulslike, and they’re a mixture of reinterpreted Final Fantasy 1 bosses and new creations. Check ‘em out:

It’s Garland! Sort of! Well, not really. If you’ve played any of Stranger of Paradise’s demos, you’ve fought this guy. He looks suspiciously like the Garland of “knock you down” infamy, but what is he really?

Bikke is a notable character in the Famicom game, and the second boss here! I don’t fully understand the reason you fight him here, but it’s ultimately not important. Bikke took over Pravoka for Reasons, and that means you gotta punch him. In the original FF1, you just fight Bikke’s crew and take his ship. In this game you beat him up, too.

This guy isn’t a boss in the original game and I can’t remember if there’s a similar enemy or something. Either way, this is space that had to be filled in due to Mr. Astos’ role in SoP being super different. The way Jack kills Black Knight rules.

I feel like I fought these guys before in a Kirby game. But in all seriousness, SoP doesn’t follow FF1 to the letter, and the whole Vampire thing has been replaced with some different encounters and gimmicky levels.

It’s a Chimera! Square Enix loves these things, so there’s no surprise we fight one in Stranger.

Malboro is one of the series’ most recognizable enemies, but believe it or not they didn’t exist until Final Fantasy II. But “enemy you know, but bigger” is a time-honored tradition and SoP is no exception.

The first of the Four Fiends in Strangers of Paradise. The last one you fight in the NES original. Wind powers, multiple heads, weird body horror, the works.

They just rearranged the order you fight the Four Fiends in entirely, probably just for funsies. Marilith is the least cool of the squad in my humble opinion so I always forget they exist. Until they’re beating me up, which is an effective memory jumper.

Dragon Zombie (Phantoms of the Past)

I hate this boss. I hate this boss the most. Dragon Zombie was a miniboss of sorts in the original game, as your path would occasionally be blocked by various kinds of dragons. You had to fight them, but they weren’t boss-scale threats. This guy’s a jerk, especially in CHAOS mode.

It’s the original first of the Four Fiends! The vibe is very different here; the original Lich is a large, robed skeleton man. This Lich is like a Polygon Fighter from Smash Bros but drawn by Todd McFarlane.

I seriously forgot this boss until I went to write this guide up. Not very memorable! Would’ve preferred a new version of the Warmech instead of another robot scorpion. It is fun to break its different parts and return its missiles though.

This version of Kraken is wild; just a real bastard of a boss fight who demands you properly defend yourself at all times. Kraken is tougher than the two before them, but maybe not tougher than Tiamat depending on the player.

The Possessed (The False Warriors)

It’s just Bikke again but after gulping down a bunch of Darkness Juice so he’s stronger. And eviler.

Iron Giant (Schemes of the Past)

Remember, part of the appeal of modern Final Fantasy is making a billion self-references and callbacks. So of course Iron Giant shows up here. These guys don’t differ much. It’s Iron Giant, you know the drill.

It’s a giant Behemoth with wings! Always love seeing the different iterations of Behemoth; Square Enix seems to like being more creative with this monster compared to many of the other popular ones.

I guess you could sort of say this one’s a Warmech proxy? The Weapon thing wasn’t around for FF1 either, but is another modern staple. But this fight is also super relevant to the plot, so saying much more would be spoilers and I don’t wanna deal with that backlash.

It’s Chaos!!! Well, not really. Much like the first boss, Chaos Advent, Darkness Manifest looks like a familiar FF1 element but isn’t. The road to this fight is nonstop, high-octane payoff, and the conclusion of Stranger of Paradise’s wild story. It’s a good moment, and fighting this guy is a trip, too.

That’s all the bosses! There are a couple of pseudo bosses in a few Side Missions, such as the Master Tonberry or Griffon Queen. But they really aren’t bosses so much as beefed-up versions of normal enemies. Like, more so than Great Malboro.