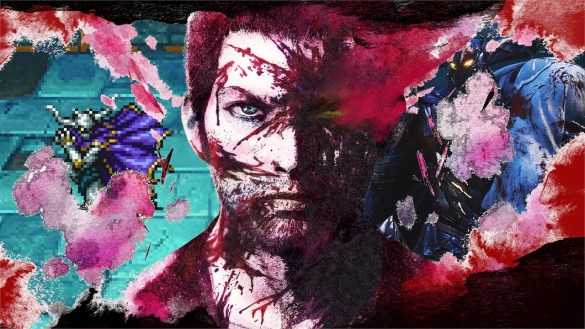 This week, I finally made it to the credits in Stranger of Paradise Final Fantasy Origin. This is a game I’ve been zeroed in on since the game’s infamous announcement, drawn in by its campy tone and intriguing table setting. At first, I wasn’t sure that intrigue would pay off, as the story seemed more disjointed and slapdash than expected. But as the story drew to its close and the pieces strewn throughout the levels came together, I know this game will live in my head for a long time to come.

The thing is, though, Stranger of Paradise doesn’t deliver its story in a way that’s straightforward or linear. As you can see from various reviews and other writing, there’s a huge range of responses to it, from total rejection to metatextual analysis and everything in-between. The game’s ending has a lot to do with this mix, and according to online search trends, it’s a real point of curiosity and intrigue. So with the ending fresh on my mind, I figured I’d respond to those searches and analyze the ending myself!

To get the most out of Stranger of Paradise, you gotta be familiar with, well, Final Fantasy’s origin. There are a billion different versions of Final Fantasy, but if you haven’t played it we recommend the recent Pixel Remaster. The PSP/mobile/GBA versions are all similarly built, and any one of them works too. But here’s the Cliff Notes version. And here’s your spoiler warning! If you keep reading you can’t get mad at me!

The world is fueled by four elemental crystals, governing Earth, Wind, Water and Fire. But for hundreds of years, those crystals have been corrupted and guarded by the Four Fiends, throwing the world out of whack and making it miserable to live in. The only thing keeping humanity going is a prophecy from the “Lufenians,” stating four Warriors of Light would eventually come clean things up.

You’re in control of those WoL of course, and the game’s journey is about traveling to each crystal, taking down the Four Fiends and bringing the world back to its natural order. But it turns out to be more complicated than that. Garland, Final Fantasy’s first boss who barely seemed to matter, was sent back in time by the Four Fiends after being defeated. 2,000 years in the past in fact, where Garland becomes a monster called Chaos, establishes the Four Fiends, then sends them forward to mess up the crystals and eventually send Garland back, creating a time loop. Not bad for a NES game, no?

So what’s the deal with Stranger of Paradise? Basically, the team at Square Enix took the ol’ Famicom tale, gave it to Kazushige Nojima, and let him do his thing. His thing, of course, is to add a ton of metaphysical drama to the mix, powered by some kind of cosmic malfeasance and/or otherworldly conspiracy, and use as much metaphor, strange dialogue and unspoken thematic subtext as possible to deliver it all to the audience. That’s Final Fantasy, baby!

Basically, Stranger of Paradise is a retelling of Final Fantasy, but backwards and with as much fucked up cosmodemiurgical lordship as possible applied to every major plot beat. Garland is no longer a one-note bad guy monster man, but a deeply troubled anti-hero who establishes that time loop to save the planet from deified fuckery and give the people on the ground a chance at life with free will instead of unhinged and deeply unethical godlike manipulation. And the only way he can get the kind of power to enact that change is to get himself so pissed off he can wrest control of those machinations from the beings in charge.

When Chaos Hits the Fan

Those beings, of course, are the Lufenians. And Garland is one of them. Also his name is Jack and he’s like a weird mercenary interdimensional astronaut or something and he really loves rap rock nu metal. He’s a complicated dude.

The TL;DR of everything is the Lufenians are powerful cosmic travelers capable of controlling pretty much the whole fabric of reality, save for one part: CHAOS. Yeah, the thing Jack kinda has beef with. Chaos is created when the balance between light and darkness is tipped in darkness’ favor, which seems to be a consistent threat.

So the Lufenians use the planet housing Cornelia as a sort of dumping ground for excess darkness, then send soldiers like Jack down to fight monsters and stuff to clear that nastiness out. They’re called Strangers! Get it? As part of the process, Strangers have to temporarily lose their memories, replacing them with an artificial drive to fight Chaos. Hence all the context-free yelling.

This is a pretty traumatizing process, as the Strangers often fail, forcing the Lufenians to use their powers to reset the world which basically forces the Strangers to experience being murdered by monsters over and over again as they gradually get their memories back, do the job and go home to get ready for the next run. Jack starts to get real tired of this, especially after he and Princess Sarah start to get really close.

So with the help of Astos, a sort of android darkness-tracking butler who just wants to be a Real Boy, Jack cooks up a plan to use this Totally Normal process to his advantage to break the loop and free the people of all this manipulation they never consented to or even know about. I don’t blame him, really.

Over the course of the “run” we see, Jack gets more and more pissed off and frustrated with the situation, which turns out to be the plan all along. Astos is interfering with the mission, which is causing said mission to go totally off the rails to the point that defeating the Four Fiends only makes things worse. This leads to a bunch of Really Bad Stuff happening, capped off with Jack being forced to fight his own friends.

Full Circle, or as Jack would say, ‘Bullshit”

Jack gets so full of anger and darkness he snaps, giving him access to the power he needs to bring Chaos into being. But that involves actually becoming Chaos himself, losing control of his emotions and moral compass in the process. But in a good way? Something like that. The Lufenians attempt to pull the plug, but Chaos Jack is so strong he punches the… uh, visual representation of the world reset process so hard it breaks and the Lufenians have to abandon ship. Chaos Jack wins, but currently exists in the Everything is Horrible and Getting Worse timeline. So he resets the world one more time.

Guess what? Jack’s world reset spits him out in the Chaos Shrine where everything started, but approximately 2,000 years in the past. He’s brought his friends back, but they’re the Four Fiends now, although Chaos Jack still sees them as he knew them before. Jack’s new self-given task is to be such a good Chaos the world has to eventually create bonafide Warriors of Light, making the “prophecy” from the Lufenians an actual prophecy instead of a lie written by sociopathic space god scientists to speed their screwed up process along.

In the original Final Fantasy, the Warriors of Light are able to travel back to the past and defeat Chaos, closing the time loop and banishing evil for good. But in the process, the world is reset, and the heroes make it so their adventure doesn’t actually happen by turning it into mythology, presumably letting them live normal lives along with everyone else.

So for the Stranger of Paradise version Jack has come to the conclusion that if he becomes the Big Bad and more or less does what his 1980s Nintendo counterpart does, the Warriors of Light will come to beat him up, giving one final world reset to a group of people who are legitimately, organically good. This would sever the last remaining connections to the Lufenians, thereby giving the planet back to its inhabitants permanently.

And that’s why Stranger of Paradise Final Fantasy Origin is bookended by that awesome cutscene in which Garland murders the crystal blood out of a bunch of people followed by a sequence incorporating Frank Sinatra’s My Way. But at the end it’s the whole song over a credit roll, instead of a weird, fuzzy montage that conspicuously cuts before Frank actually sings the “My Way” line. This is the kind of unhinged and existentially troubling, yet wholesome and deliberately crafted storytelling only the folks behind Kingdom Hearts can get away with.