Star Ocean The Divine Force: When I Sleep and When I Wake Quest Guide - Prima Games
Tips

Star Ocean The Divine Force: When I Sleep and When I Wake Quest Guide 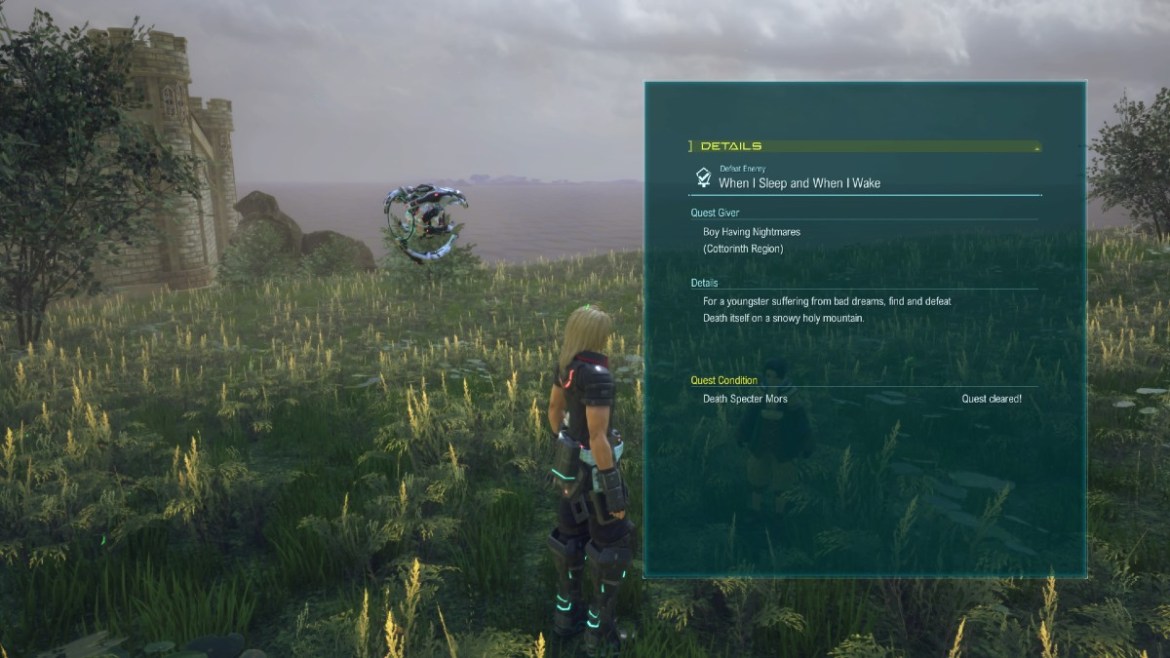 After you clear the snowy, icy maze of the undead in Star Ocean The Divine Force, you make your way to the Seaport of Cotto. On your way there you’ll see a lone child hanging out in a field near the gate. Talk to him, and you’ll get a pretty messed up story, and the side quest When I Sleep and When I Wake. Your goal is to find five Death Specter Mors and make sure they stop bothering this poor kid.

To solve this quest you have to turn back around and re-enter the Hallowed Mount Galca-Lemthas area. You want to head to the weird floating ruins, so don’t use the Galca Shrine fast travel point. Do the other one. From there you need to take the only other exit from this map besides the one you’re standing in front of.

Make your way back to the indoor area, in the same room as the campfire rest point. There isn’t much resting to do though, since the moment you enter the room all five of those Death Specter Mor creatures immediately spawn and attack you. Do not let them coerce you into a corner as they have a nasty AoE attack that’s not fun to push out of. But it’s really not a tough fight, especially if you’re coming back to finish this quest later.

Related: How to Fast Travel in Star Ocean The Divine Force

After you dunk the Death Specters back into the dirt you can simply fast travel back to the kid at the entrance to the Seaport of Cotto. And if you’ve already been through Cotto it’s much faster to fast travel there instead of the outside, since the spawning point is comically closer.