How Make Money Fast in Star Ocean The Divine Force 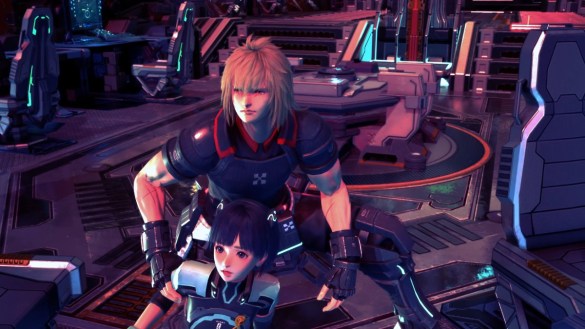 I’m starting to hate this game. I mean, not really, but the more this career choice of mine forces me to engage with the Item Creation system, the more resentful I become. I am not a crafting sicko, and in fact, will touch these kinds of things the bare minimum possible. Of course, I also like the Atelier games so who knows what that says about my personality. Anyway, to get the most out of crafting in Star Ocean the Divine Force, you need tons and tons of money, or Fol in this case.

Related: The Best Ways to Play Every Star Ocean Game

There’s a decent strategy for making fast Fol relatively early in the game. You need to have the Authoring skill unlocked in Item Creation so it isn’t a super early method. However, it’s early enough to be useful. Plus it helps you really dive into Item Creation as well, giving the whole thing extra utility. Anyway, get someone like Midas up to level two or three in Authoring, simply by buying and crafting stacks and stacks of Shoddy Paper and Straw Paper.

Once you level up some, you’ll see that Straw Paper will start to give you a new item, recipes. It’s probably gonna be the Veggie Salad Umaibo Recipe item. These items help facilitate crafting shortcuts via Auto Compounding and Auto Engineering. You can get all the details on how that works over at its own guide. In this case, recipes are worth a pretty solid chunk of change, especially compared to the cost of paper.

Related: How Does Auto Compounding Work in Star Ocean The Divine Force

At the same time, you’re gonna be working on your Compounding. Specifically, you’re gonna be making a metric shitton of Resurrection Elixirs. You can make these by combining Blueberries and Fresh Sage. There are other ways too, but this is the most efficient way. A set of full stacks of both ingredients runs you 3000 Fol, and each Resurrection Elixir sells for 400. If you craft a full set without mistakes that’s 8000 Fol. But even if you don’t get all 20 you’re definitely making a profit.

Finally, the recipe and Elixir crafting will intersect. Straw Paper will eventually get you Resurrection Elixir recipes, which will let you Auto Compound those items, cutting the time by like 75% at least. And when you get extra copies of the recipe, those go for a bonus 2000 Fol. This adds up super quickly, letting you camp in front of a merchant and produce thousands of Fol.

As you get Item Creation talents and levels up, you’ll find better sources of money. Generally speaking, you’ll be using better paper for better recipes, some of which sell for tens of thousands. It’s a solid business, writing. If only real-life writing was as fruitful. Sheesh.