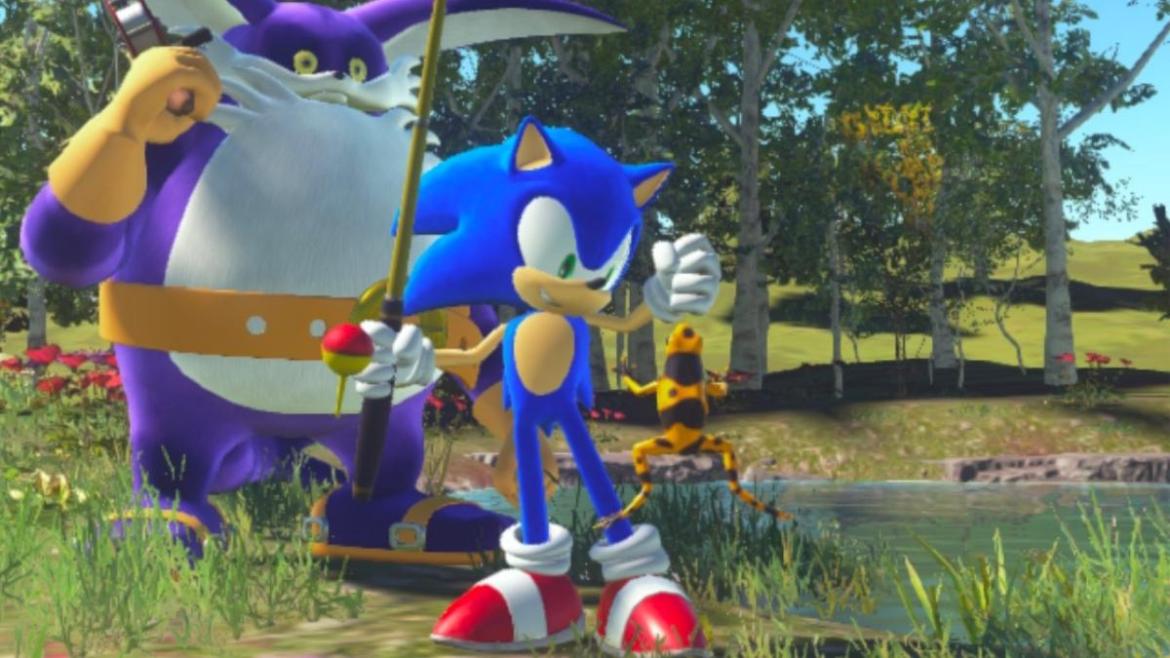 Sonic Frontiers is the first-ever open-world title in the Sonic The Hedgehog series. And as you may expect, it’s jam-packed full of activities like bashing up enemies, collecting rings, finding collectibles, and… fishing? Yep, that’s right. You can take a break from foiling Dr. Eggman’s evil plans by catching some fish with Sonic’s old pal Big The Cat, just like in Sonic Adventure. Now all we need is the Chao Garden.

The first fishing activity you’ll encounter is on the first island, about an hour or so into the game. And if you’re a completionist, you’ll want to catch everything possible to fill out your Fish-o-pedia. Here is a list of everything you can fish up at Kronos Island’s Western Fishing Spot in Sonic Frontiers.

Note that this guide will be split up into two lists: actual fish and random crap you may fish up sometimes. Not everything non-fish related is bad, though; you can catch Scrolls to unlock fast travel to Elder and Hermit Koco, and Gold Cards to trade in for rewards. Plus most items are worth six tokens – nice.

There are 17 fish that you can catch here:

There are 13 items that you can catch here:

Once you’re done with this fishing spot, you can trade in your tokens with Big The Cat for some sweet prizes like 50 Skill Pieces, Amy’s Memory Tokens, and Seeds of Defense and Power. Taking a break from the action AND earning rewards? Fishing has never felt so good.