How to become the Anime 101 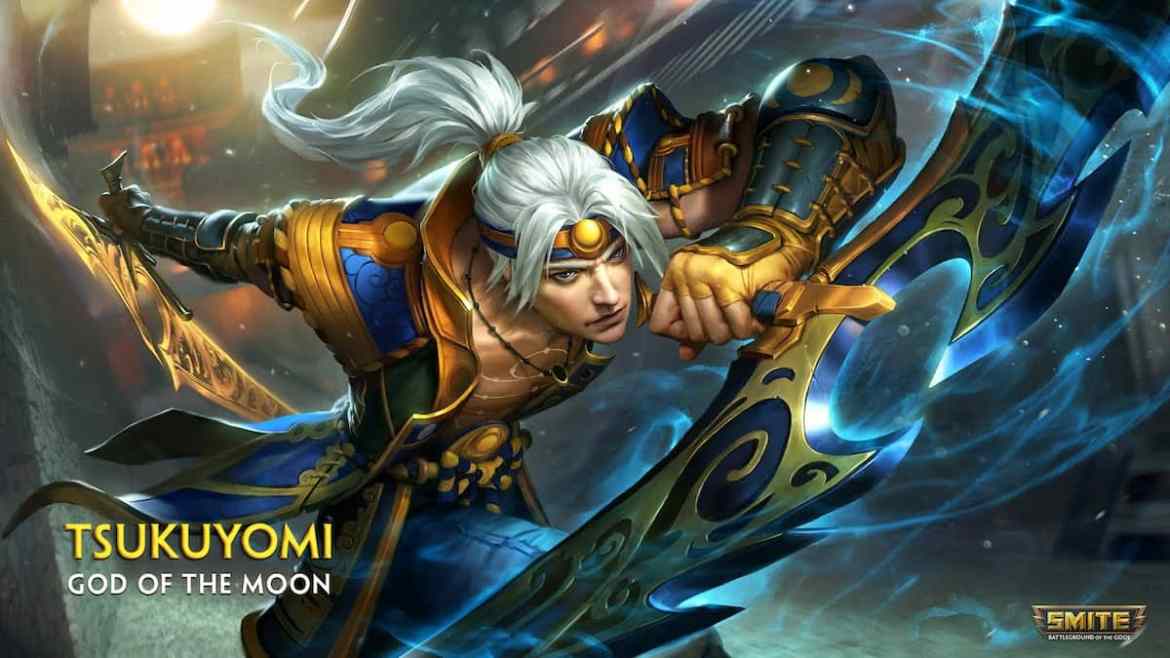 Tsukuyomi is one of the best Gods to play in SMITE, despite all the adjustments and nerfs he’s had since release. Even though he doesn’t have an escape, leap or dash ability within his first three abilities, he is still a force to be reckoned with, with a lot of damage and few really good soft crowd control abilities. In this guide, Prima Games covers how to build Tsukuyomi in SMITE Season 9 to maximize your damage output and to become an unstoppable and feared force in your team.

Best and Most Fun Builds for Tsukuyomi in SMITE Season 9

Depending on which map you are playing and which role (this goes for Conquest), you will find different builds suitable. However, not a single build is set in stone, and is prone to alterations, depending on who you are playing with or against.
Let’s cover some cool builds that you can try out in different game modes:

For Jungle, Tsukuyomi needs the Bumba’s Dagger as a first item. That will be the 100% certain item to buy. The rest, as mentioned, depends on the situation. Bumba’s Hammer is the upgrade you will want to go for when possible.

You will probably buy a Mace after the Dagger. And Mace can be upgraded into all sorts of great items! Depending on what you want/need, you will either go for Jotunn’s Wrath if you need Mana to spam abilities and 20% cooldown to back that up (and then, subsequently, into Jotunn’s Vigor if Lifesteal is necessary, or Jotunn’s Cunning if you want more Cooldown Reduction for your Ultimate), or Brawler’s Beatstick (if the enemy team has a lot of healing going on) or The Crusher (if you are into applying a Damage Over Time effect with each of your abilities).

Your next item is certainly Heartseeker. It’s just too overpowered for Tsukuyomi to NOT take it. It grants too big of a damage bonus against enemy Gods for you to just miss it.

Hydra’s Lament is the next item you should consider. It grants a decent Cooldown bonus and offers an additional bonus to your basic attacks after you cast a spell.

The last two items are definitely something that you should always build differently, depending on the state of the board.
Getting harassed by Mages? Get an Ancile. Getting stomped on by Hunters? Get Shifter’s Shield or Void Shield.
Need more Lifesteal? Bloodforge all the way! Need additional Movement Speed after you Ulti? Arondight will help you with that. Getting harassed by Crowd Control? Magi’s Cloak and Winged Blade will come to your rescue. Want to play around with Crits? Deathbringer and Rage will work wonders. Need more penetration? Titan’s Bane and another Mace item will be of great use to you.

As far as Relics go, it’s almost certain that you will have Beads and Aegis every time you play Tsukuyomi.

Things change a bit here due to the nature of leveling up outside of Jungle. The starter item will be Bluestone Pendant, a decent item that brings a lot of pain to enemies and some regen. Bluestone Brooch is what you are upgrading into. Imagine the nightmare opponents will have if they step into your caltrops when you have the Crusher and Heartseeker.

The second item can be Transcendence, and the third can be a Soul Eater. These are both superb items, and if you manage to rush them early, you will have an advantage over your enemies. You won’t be tanky (you’re an Assassin so some damage is expected from you) but some players tend to toss in a Shifter’s Shield, Ancile, Void Shield, or Bulwark of Hope.

With the other three item slots, you can do all sorts of cool things. Here are some examples:

As mentioned above in the Jungle section, there is a lot of flexibility that you can implement depending on what’s happening on the board.

Related: Is SMITE Down? How to Check SMITE Server Status

Unironically, Assault is still one of the most popular game modes. If you get Tsukuyomi, do not reroll it. There are other Gods that can be rerolled that are worse than Tsukuyomi.

If you do not have a tank at all, or just one, make sure to get Heartward Amulet and/or Sovereignty. Heartward is cool because it grants you a Silence effect once you upgrade it to Amulet of Silence. The tank (or someone else) should get Sovereignty in that case. Regeneration Auras are a holy and sacred thing in the first 5-10 minutes of the game. You will start with Meditation as your relic for the same reasons.

Item build is mostly generic other than that: Bluestone Pendant, Jotunn’s Wrath, The Crusher, Heartseeker, Soul Eater, and with the last item you can experiment if you didn’t get the Aura at the start with Arondight, Bloodforge, Magi’s Cloak, Brawler’s Beatstikc or whatever you like from the listed items above. Your other Relic will most probably be Beads or Aegis.

Basically the same as Assault, barring Aura at the start. Alternatively, you can fool around and make a cheesy cooldown build to have fun! That would be:

Tsukuyomi Build for Other Game Modes in SMITE

Joust, Siege, Clash, Slash, Domination, MotD, you name it. Whichever build you try from any Conquest / Arena item suggestions, you will be able to have fun and produce damage.

That’s it for this item build guide, we hope it will bring you fun and victories. Make sure to check out our other articles under the SMITE game tag below. Happy smiting!