Rumbleverse vs. MultiVersus - Which One is Better? Full Comparison - Prima Games
Tips

Rumbleverse vs. MultiVersus – Which One is Better? Full Comparison

Which Smash clone is the best? 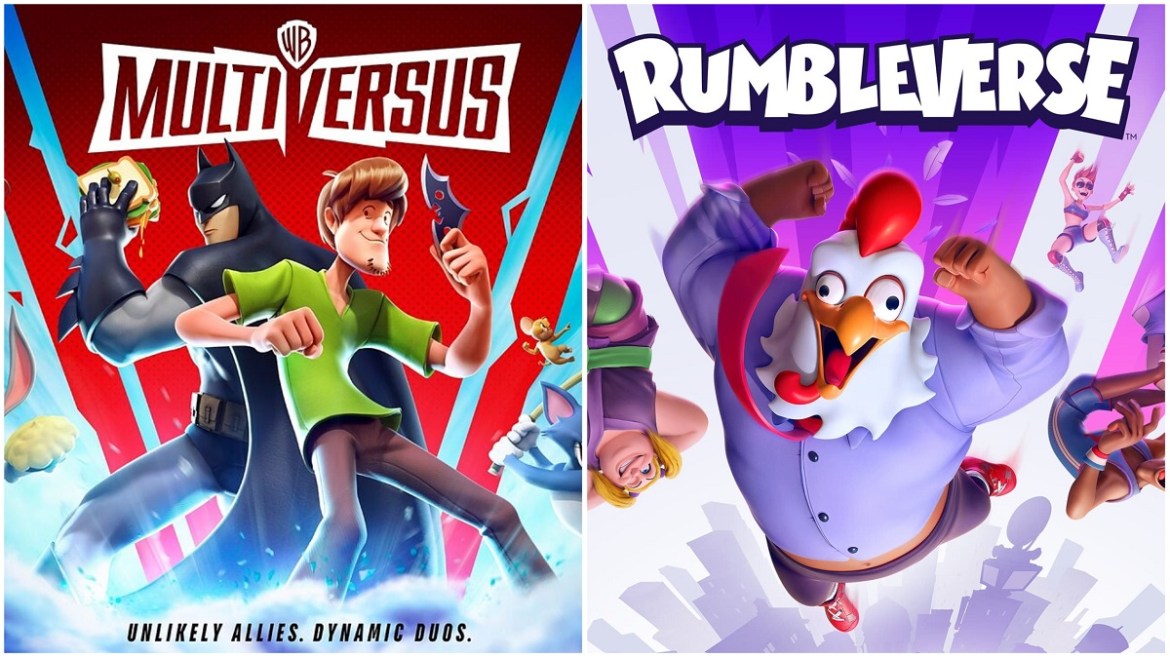 To give you a quick answer, Super Smash Bros Ultimate is the best! Alright, maybe not everyone is a fan of Nintendo’s popular brawler, maybe players who don’t have a Nintendo Switch want to dip into the genre on PC or other consoles. We know, there were many Smash clones before, but this year we got new ones from big companies like Warner Bros and Epic Games, so it just got even more real! But which one is better – Rumbleverse or MultiVersus?

Rumbleverse vs. MultiVersus – Which is Better?

We have two seemingly similar games that came out this summer and quickly occupied a large number of arena-platformer brawler fans. Okay, maybe we don’t have a defined name for this genre, but it’s clear that these are Smash Bros clones from big companies that are trying to get their piece of the cake, of course in their own different ways trying to create unique experiences. But let’s try to find out which one is better.

MultiVersus is a free-to-play crossover fighting game in the style of Smash Bros. As it comes from a giant like Warner Bros Interactive Entertainment, it contains many popular characters from numerous franchises that fall under the ownership of this company and that is the biggest advantage of this title compared to other crossover fighters. MultiVersus is a relatively fresh game, having launched officially on July 19, 2022, and the action is frantic and chaotic with many silly special moves and long-range weapons. Which all happens on the 2D playing field.

Rumbleverse is Epic’s entry into the popular battle royale brawler-style games. It is also a free-to-play title released as well for numerous systems even more recently: on August 11, 2022. Unlike MultiVersus, Rumbleverse does not have popular and famous characters from various TV shows, movies, and games, and only relies on original characters. Also, there are no firearms or projectile weapons as the game is much more melee based.

The playable characters in MultiVersus come from many WB franchises and are quite pre-defined with their special moves and characteristics, while in Rumbleverse you create your own character by choosing the class and the rest. So if you want to play as Bugs Bunny, Harley Quinn, Taz, Wonder Woman, Rick & Morty, or LeBron James, MultiVersus might be the game for you. So in the characters department, MultiVersus takes the W but if you like character customization more than the iconic pop-culture characters, Rumbleverse might be a better choice.

As far as gameplay mechanics go, MultiVersus is pretty much Smash with a few additional gimmicks, while on the other hand, Rumbleverse changes the formula a bit with up to 40 players at the same time, making this game effectively a brawling battle royale. Plus, it brings a different perspective with a Fortnite-ish third-person view with a full 3D range of motion. So pick whatever sounds better to you!

Attempt at a Verdict on Rumbleverse vs. MultiVersus

MultiVersus and Rumbleverse are both extremely addictive and fun games and both, of course, have their advantages and disadvantages. But we believe that after reading our analysis, you have a better picture of their differences and that you can already guess which game will suit you better. Whichever you choose – have fun grinding!

For more MultiVersus guides here on Prima Games, check out some of the following articles MultiVersus: How to Get Free Batman Day Profile Icon, MultiVersus Character Guide: Taz, and MultiVersus: Who are the Current Preview Icon Rotation Characters?