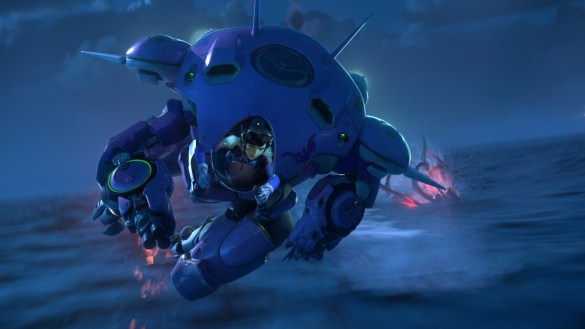 Overwatch 2 released on October 4 with a handful of new heroes, maps, game modes, and a huge amount of tweaks and balancing changes. After the switch from a 6v6 to 5v5 format, Tank heroes were especially tweaked to adjust for the lack of a co-tank to fight alongside them. D.Va, everyone’s favorite pro-gamer and selfie-enthusiast, received some welcome changes to help her gain a little more survivability in combat as well as more damage and maneuverability. Check out all the changes to D.Va in Overwatch 2 listed below.

All Changes for D.Va in Overwatch 2

All Tanks in Overwatch 2 received a new passive ability that reduces the effects of knockbacks, making them even harder to disrupt and push for opposing players. Specifically for D.Va:

Related: How Long Will the Overwatch 2 Servers Be Down? OW2 Maintenance Schedule (October 7)

Compared to other tanks like Orisa and Doomfist, these changes to D.Va aren’t huge, though, she should feel slightly more tanky and powerful. The small bumps in her health should help her survive just a little longer, especially in “Baby D.Va” form, while the reduced cost of her Call Mech Ultimate will ensure that she jumps right back into her death machine sooner.

D.Va is able to move a little faster while firing her primary Mech weapons and can deliver Micro Missiles at a slightly faster rate. Couple that with the damage increase for her Boosters, and you can expect some aggressive Mechs leading their teams toward the goal.

For more information on Overwatch 2, check out our other guides here at Prima Games.