No Place For Bravery: How To Get The Hammer - Prima Games
Tips

No Place For Bravery: How To Get The Hammer

No brain, only smash. 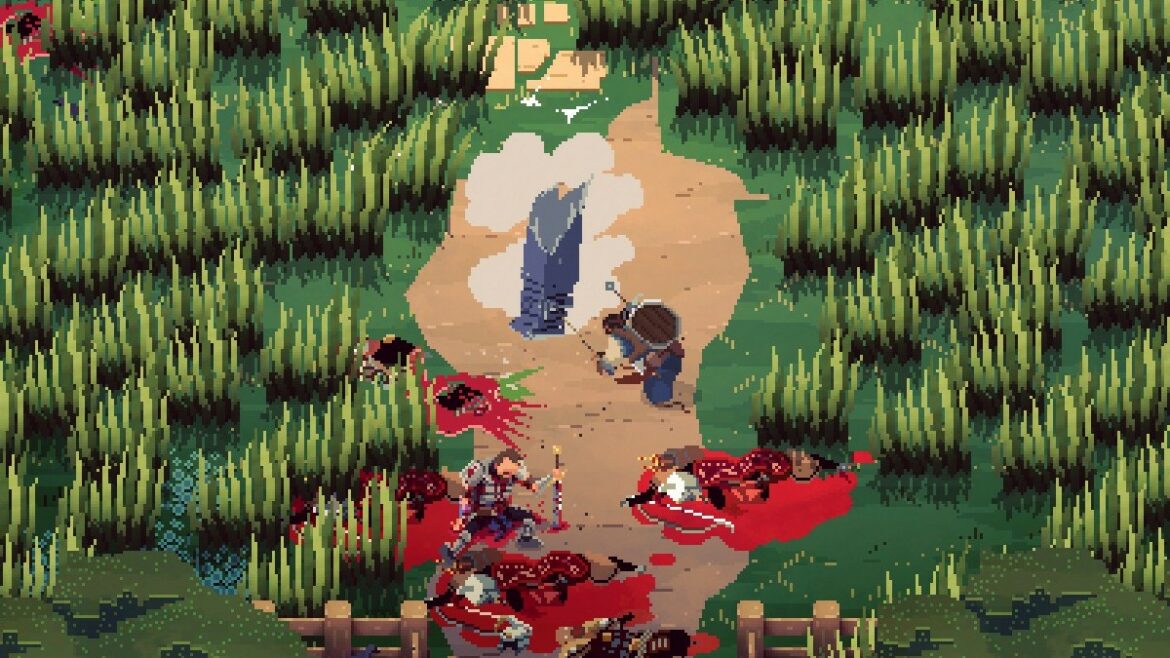 In Glitch Factory’s visceral action-RPG, No Place For Bravery, you’ll be hacking, slashing, and smashing your way through hordes of creatures and foes alike as you progress through the game’s story. In typical RPG fashion, some areas won’t be accessible until first obtaining certain items or weapons. If you’ve come across tall, stone pillars that block your path, chances are you’re missing a pivotal weapon to smash them out of the way. Continue reading to learn how to get the Hammer in No Place For Bravery.

Related: No Place For Bravery: How To Get The Arbalest Bow

To obtain the Hammer, you’ll first need to navigate through a maze of various statues, making sure to take the correct turns to get you out of there. Near the beginning of your journey into the Frozen Wastelands, you’ll come upon a room with a large stone tablet of sorts with a figure etched into it.

This is essentially the starting point of the maze, and any wrong turns made will force you into a battle with several foes before transporting you back here. We’ll call this the Compass Statue. From this point, you’ll go the following route:

If done correctly, you should come upon a new room with a Battle Memorial in it. There’s really only one way to go from here, so continue through the next series of rooms until you find your friend Darim again.

Darim surely has no use for his hammer anymore, so he’ll let you take it! With the Hammer equipped, you’ll now be able to smash through stone pillars that once blocked your path, allowing you access to areas that were previously unreachable. Make sure to backtrack through the earlier areas of the game to collect everything you missed – it’s probably worth your while.

Related: No Place For Bravery: How to Unlock All Hammer Skills

If this guide was helpful to you, make sure to check out our other guides here at Prima Games.