No Place For Bravery: How to Unlock All Hammer Skills - Prima Games
Tips

No Place For Bravery: How to Unlock All Hammer Skills 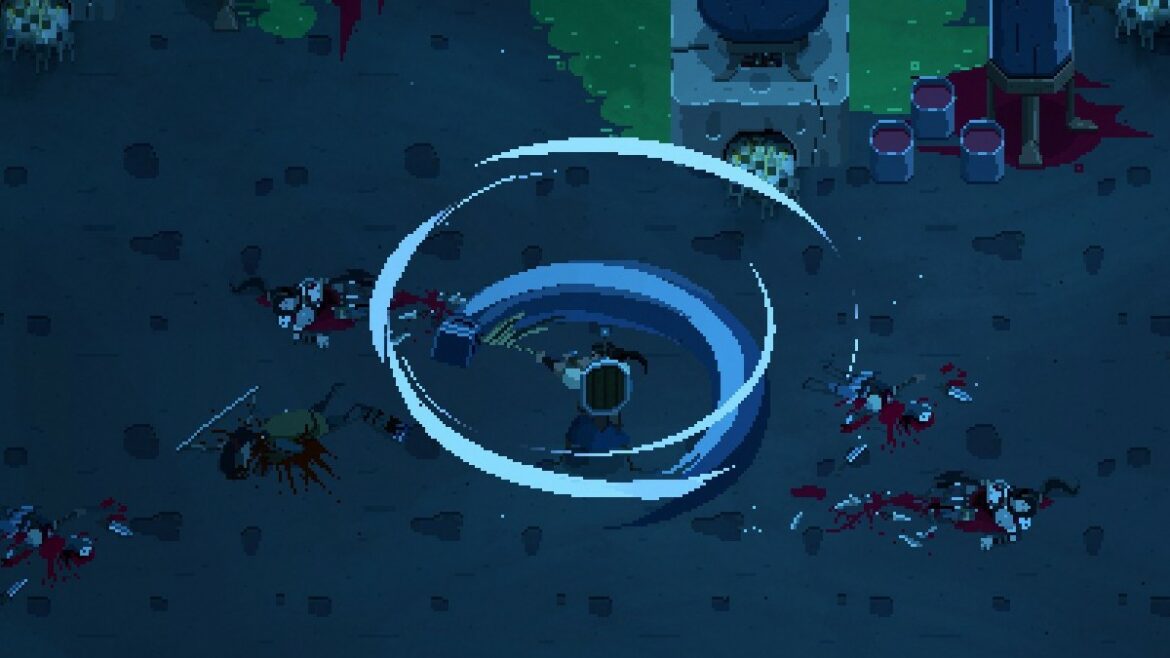 In No Place For Bravery, developer Glitch Factory’s new stylistic action-RPG, you’ll be seeing a lot of blood. In a combat style similar to Sekiro: Shadows Die Twice, protagonist Thorn whittles down his enemy’s guard through a series of crucial strikes and well-timed parries in an effort to expose them to critical damage. When it comes to shattering shields and bulldozing a path forward, there’s no better tool than Darim’s Dwarven Hammer – the second main weapon you obtain in No Place For Bravery. Like all weapons, the Hammer has several extra skills to unlock to get the most of it, so continue reading to learn how to unlock all Hammer skills in No Place For Bravery.

Related: No Place For Bravery: How to Unlock All Arbalest Bow Skills

Every weapon skill in No Place For Bravery has a specific tome or two that must be found before being able to purchase. These tomes, or sometimes scrolls, are scattered around the game world and are indicated by the red diamond markers on your map of any particular zone. Once you’ve obtained the necessary tomes, you can take them to any Battle Memorial to purchase those skills for a small gold fee.

Here’s where all the Hammer skill tomes are found:

Rumble’s Last Thunder allows Thorn to raise the Hammer above his head and charge it up, delivering a devastating ground slam that can stun enemies.

Near the southern entrance of the Frozen Wastelands lies the Ballads of the Old Gods tome.

Balsaltine’s Whirlwind is a large, 360-degree spinning move that damages and knocks away anything around Thorn.

In the northern area of the Frozen Wastelands, you’ll find the first Tales from the Deep tome after defeating a stronger foe.

Return back to the Secret Base of the Order, just east of the hub, to obtain the second Tales from the Deep tome. You’ll need to use the Hammer to smash raised blocks and fight through a difficult gauntlet battle.

Madman’s Last Combo makes Thorn dash forward, swinging his Hammer at anything in the way, and follows up with a powerful overhead smash attack.

In the most western room of the Helwyr’s Fire Production Site, you’ll find the first Tales and Ballads by Malasarte the Bard tome.

Shortly after the first Battle Memorial in the Cursed Forest, a room guarded by a powerful mini-boss contains the second Tales and Ballads by Malasarte the Bard.

That’s all the available Hammer skills to unlock in No Place For Bravery. If this guide was helpful to you, make sure to check out more guides from Prima Games.