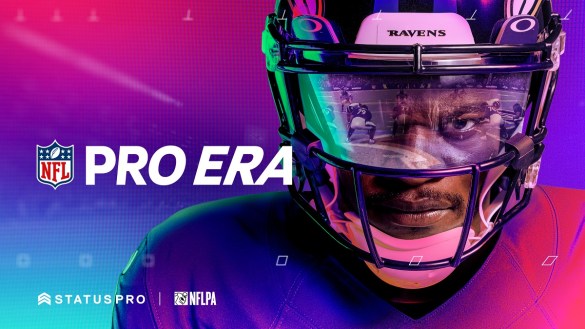 NFL Pro Era is the first ever officially licensed NFL VR game where players have the opportunity to experience what it’s like to be the quarterback of their favorite NFL team in the first person! With so many VR devices and platforms out there today, NFL fans are wondering which systems they will be able to play NFL Pro Era on. Find out everything you need to know below.

NFL Pro Era is out. The game has been available since mid-September this year but for now, only for two VR systems: Meta’s Quest 2 (ex-Oculus, ex-Facebook) and PlayStation’s PSVR (the first model). The PlayStation VR version of NFL Pro Era came out on September 27, while the version for the Meta Quest 2 dropped on September 15. On both storefronts, the game is priced at $30 and there is no demo version available.

Check out the official launch trailer for NFL Pro Era from StatusPRO:

NFL Pro Era comes with several simulation modes, and aside from the full matches that you can play in Exhibition mode, you can also play with the full NFL Season, just like in Madden. There are more mini-games and practice modes as well, including the two-minute drills with the online leaderboards.

So it seems that NFL Pro Era is not just a mini-game or a gimmick, but a full-fledged NFL simulation made specifically for VR – if anything has the potential to finally bring VR to the mainstream, it’s the NFL.

For more VR games here on Prima Games, check out the following articles: PSVR2 Headset Revealed Alongside New Information, Is Elden Ring Playable on VR? (Oculus, PSVR, Vive) and Why Did VRChat Ban All Mods? – Answered.