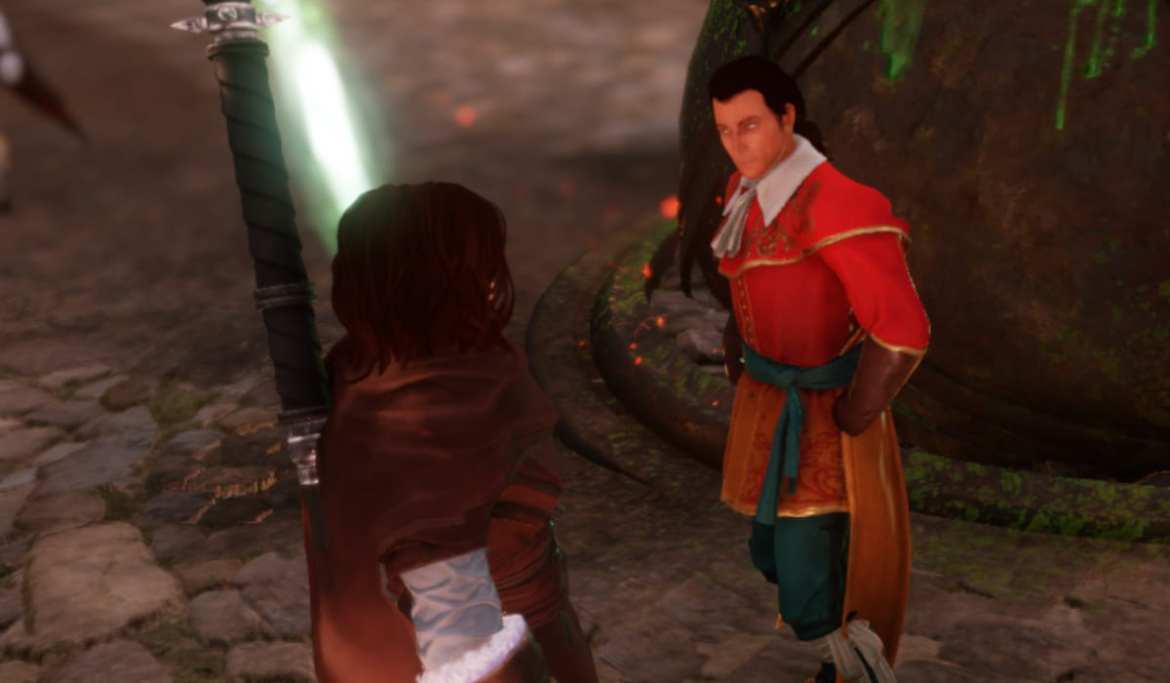 It’s that time of year, everyone! As we log into New World, we’re immediately greeted with new content, including the Brimstone Sands update, colorful leaves and pumpkins all around! With this is the Nightveil Hallow event. If you’re interested in learning more, continue reading to find a comprehensive guide on the Nightveil Hallow Halloween Event in New World.

Before you get excited about the event, there is some unfortunate news for brand-new players. You must be at least character level 35 to unlock the questline for the event. If you’re a max-level player or even slightly above this, you won’t run into any problems.

Once you’re at least level 35, head to any settlement and find the Nightveil Cauldron. It’ll appear as a pumpkin on your map. At this cauldron, you’ll find a character named Salvatorre. You can start the quest Baalphazu’s Fall here and access the Nightveil Shop. When you first start, though, you’ll want to begin the mission and hunt down Baalphazu.

Related: How to Get Sulfur in New World? – Answered

Right away, one of the most important questions to answer is where you find Baalphazu. You’ll know Baalphazu has spawned when a purple, flashing icon appears on your map. Rather than one specific location, however, you have up to six places to check:

Make sure you’re participating with a large group, though! Even if there is a full group or two, Baalphazu can easily wipe you out if you don’t have plenty of healing, tanking, and sustained damage. Ideally, you’ll want multiple groups actively contributing to the fight. Upon defeating the boss, you’ll get Baalphazu’s Ichor, which you can bring to a Nightveil Cauldron. Talk to Salvatorre to complete the quest and get your cache.

When you open a Nightveil cache, you’ll receive weapon patterns, cauldron coins, and Nightveil tokens. While patterns help you create new weapons, tokens are used to get exclusive cosmetics. Some cosmetics you’ll find include Jack-o-Lantern’s Smile, Baalphazu’s Mantle, and the Docile Pumpklin, among others. As you defeat Baalphazu and gain more caches, you’ll receive more tokens to redeem in the Nightveil Hallow shop. Just talk to Salvatorre to access the shop.

The New World Nightveil Hallow Halloween Event runs from October 18 to November 1. Make sure you get plenty of boss fights so you can unlock all the cosmetics quickly.

New World is available to play on PC through the official website. If you’re interested in learning more about the game, check out How to Change Servers and How to Catch a Snail in Freshwater.