How to Change Factions in New World - Prima Games
Tips

How to Change Factions in New World

Choose your friends and enemies carefully 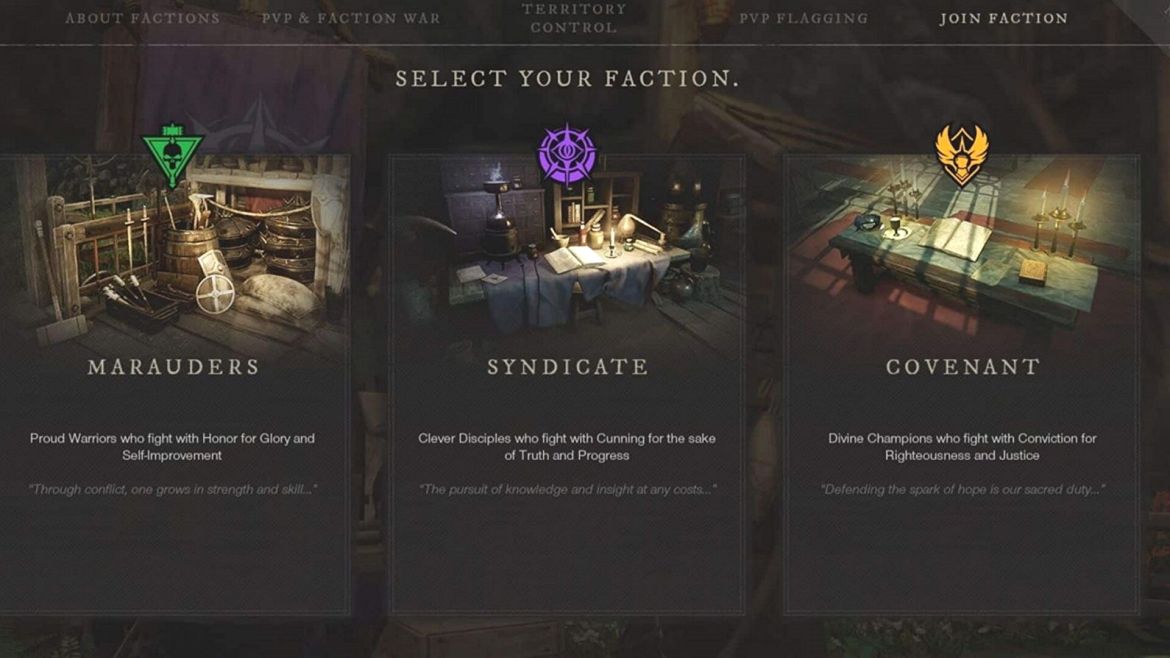 The Brimstone Sands update for New World is live, so if you’re looking to try the game or get back into it, now may be the best time. Like many MMOs, New World presents numerous decisions for you to make, especially in the early part of the game. One of the most impactful is the faction you wish to join, with it being a decision that influences how you play and approach certain quest zones. Luckily, it isn’t permanent, though there is a lengthy cooldown on when you can do it again.

Once you reach level 10, New World will ask you to choose a faction to ally yourself with. The decision can be reversed, but it should be noted there is a 120-day cooldown to do it, so pick wisely. If you want to switch factions, open your character menu by pressing “K,” then go to your character’s “Bio.” While there, your faction’s banner is visible and the option to change it is below. After paying 100 Azoth, your allegiance will officially change and you can continue playing.

Related: How to Get Sandstone in New World – Answered

What are the Factions in New World?

If you’re a new player, it can be difficult to decide which faction to initially ally yourself with. Before committing, New World gives you a brief glimpse into what each faction believes and their overall demeanor. You can find the game’s descriptions for each below to help you decide:

Another aspect to take into consideration is how much of the map each faction controls, as it can make adventuring easier. Overall, it’s a big choice, but not something to stress out too much about.