Want to make a new staff? Create potions? Do it all here! 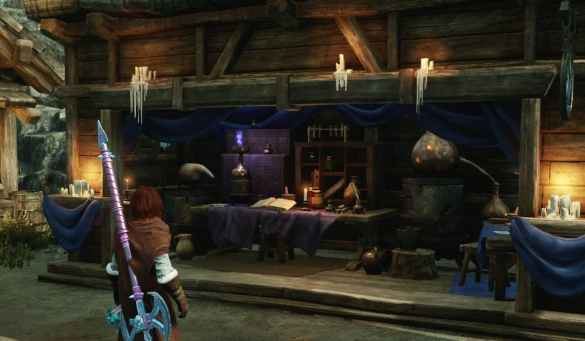 If you want to make various potions in New World, the Arcane Repository is your best friend. Using alchemical reagents, you can create potions, magic staffs, gauntlets, and more. However, there is more to the station than you may initially expect. If you’re interested in learning more, continue reading to find a comprehensive New World Arcane Repository guide detailing how crafting works, its tiers, and more.

The Arcane Repository is one of several crafting stations in New World that allows you to craft specific items instead of finding them in the wild or buying from Trading Posts. Instead, you can post your own creations on the Trading Post for others to buy. There is one Arcane Repository in every major settlement but not in the three northern outposts of the Great Cleave, Shattered Mountain, and Edengrove.

Upon entering the Arcane Repository, you’ll immediately find options to create magical weapons, potions, and elemental essences. These are all valuable resources, but each requires different materials to craft. Below are some examples of common resources you need for crafting in the Arcane Repository:

As you gather these materials alongside your regular metals, leather, and wood, you can use them to craft various items. However, you’ll have to ensure you’re high enough Arcana level. You can raise this level by using the Arcane Repository.

As you reach higher Arcana levels, you may notice that you can’t create some items despite having enough resources. This may be because the Arcane Repository isn’t a high enough tier. In this situation, check the Town Project Board to see if any active assignments are up for the station. If so, you can participate and help the town reach higher tiers. Alternatively, you can check other settlements to see if they have high-tier Arcane stations and fast travel there instead. The highest you can find is Tier five.

What are you waiting for? Harvest some herb plants, gather some water and begin making some potions!

New World is available to play on PC through the official website. If you’re interested in learning more about the game, check out our New World Character Transfer Guide and How to Play Music.