MW2: How to Get Point Blank Kills Fast

They'll be dead before they even knew you were there 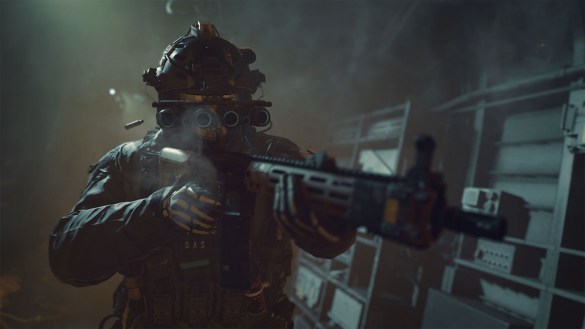 Want that Jungle Digital camo for the Kastov-74u in Call of Duty: Modern Warfare 2? Maybe the Dune Sea for the TAQ-V? Well, then you’re going to need some Point-Blank kills.

It’s likely that you’ve already wracked up some of these kills just by playing the game. Round a corner in a small map, and there’s a pretty decent chance you’ll come face-to-face with a hapless enemy combatant. But if you don’t want to depend on pure luck or reflexes, there’s an easier way to net yourself the Point-Blank kills necessary to unlock these camos faster in MW2.

How to Get Point Blank Kills Fast in MW2

First, it’s important to note that to net yourself a Point-Blank kill, you’ll need to be less than five meters away from your target. Anything over will get you a nice 100 EXP but won’t count toward your total.

Knowing that we need to be as close as possible, select objective-based game modes. Hardpoint is the best for this because it funnels everyone into a small space. Set yourself up on the objective as quickly as possible and keep close to entryways. The moment someone walks in, get that kill.

Related: MW2: How to Get Decoy Grenade XP Fast

The gun and attachment you use don’t necessarily matter as much. If you get the jump on them using the above tactic, you’ll probably secure the kill no matter what gun you’re using. But what does matter is that your gun has high hip-fire accuracy and that you have high movement.

If you’re using a slow weapon to grind out this challenge, there’s usually a sprint speed stock option for the weapon you can equip. Tacticals, however, can be very helpful. While a flash grenade can be dangerous (to you) in an enclosed space, if you’re attempting to penetrate the point, it’s always a great option, as it will allow you to close the space between you and your next victim.

As for field upgrades and perks, silence is a virtue. Footsteps are often what will give you away if you’re attempting to chase someone down from behind. The Dead Silence field upgrade can help with that by temporarily making your footsteps silent. And it refreshes if you manage to get a kill while using it. Unfortunately, it unlocks at 51, but you can use it earlier by taking advantage of one of the already-made loadouts that it’s a part of.

Ghost pairs well with Dead Silence, but you don’t need Dead Silence for this perk to see value. UAVs are one of the most common kill streaks to see during any game, and Ghost will keep you from popping up on the radar, ensuring that no one interrupts your hunt. Ghost is available at Rank 52, or using an already-made loadout, similar to Dead Silence.

Using this build and these game modes, you’ll wrack up those Point-Blank kills in no time. But if all that sounds like too much trouble, you can always just camp around a corner near a bottleneck. But you wouldn’t do that, would you?