Punting Morty players into the stratosphere has been cathartic 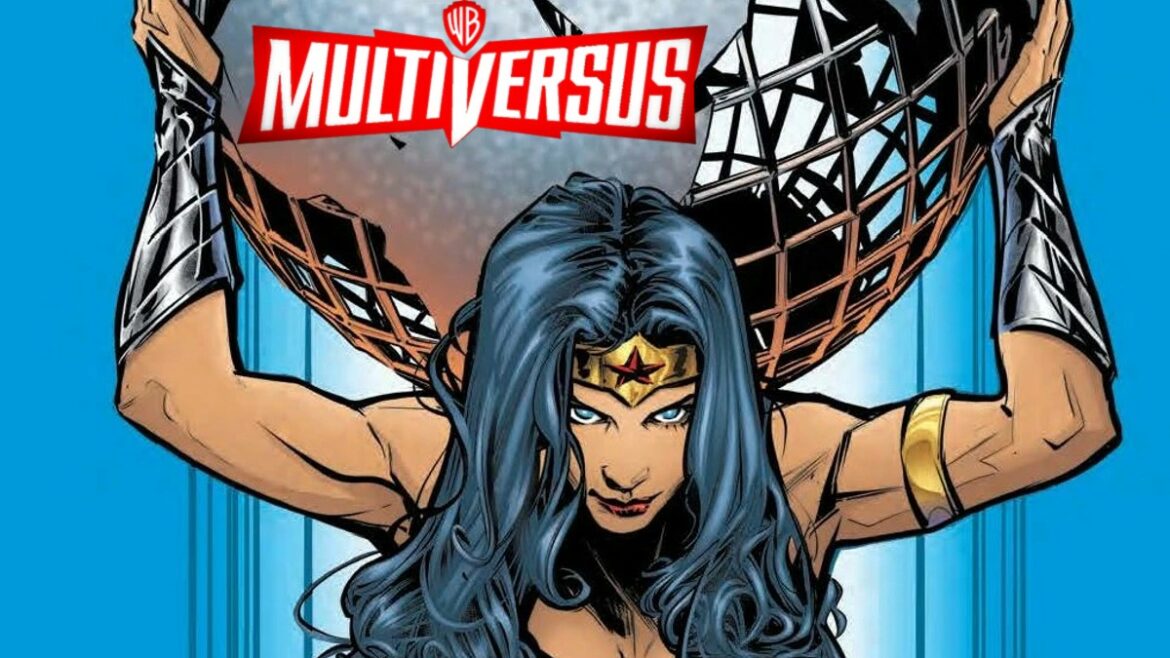 Hey y’all, it’s been a minute since yours truly dropped a MultiVersus character guide. That’s because I want these guides to be high quality for low to mid-level players, meaning I gotta at least kind of know what I’m doing. This ain’t just an article where I list what the moves do and call it a wrap. No, we’re gonna go over what I feel are the key components of how to use Wonder Woman on a fundamental level.

Wonder Woman is in an interesting spot in MultiVersus. She’s the menu character, the freebie everyone gets and one of the easier characters to visually understand. She’s Ryu and Shaggy is Ken, basically. But unlike Shaggy, Wonder Woman was seen as a little undercooked and unable to really hang. But then NAKAT took Wonder Woman to his team to win Evo 2022, and after that, she got some buffs.

First of all, Wonder Woman is a Tank, and that designation is pretty accurate (now, anyway). She’s fairly heavy and can take a lot of punishment before she goes down. She’s also a little on the slow side and can have a tough time getting easy knockouts. But she’s a defensive powerhouse, and once you do get a hang of her good kill moves, plenty capable of getting points on the board. But you aren’t Batman, so you need to resist the urge to jump around and dive into that annoying Finn player’s face. Here are the key points for playing Wonder Woman in MultiVersus.

It took me a minute to suss out exactly what Wonder Woman’s Lasso of Truth was for. Yanking enemies towards me is neat, but between that huge cooldown and lack of options to Do Things, it seemed rather pointless (it is good for higher-level play natch). But with that Whip of Hephaestus this character goes from Diana Prince to Diana Belmont.

Hitting an opponent with the sweet spot that perk adds is great for knockback. And since it’s long range and can track a little bit, you can chase someone off the edge and ring them out even if their damage is low. This is a risk because missing leaves you in a bad spot. Luckily if you bring the stick in right after the button, you have limited aiming capabilities.

Apparently, this move originated from soccer, but it’s also an extremely dope wrestling move. And for Wonder Woman it’s probably her best overall kill condition. It can catch an opponent out of the air just fine, but it’s also a great way to finish even small combos. If you hit with Wonder Woman’s down air (tougher than it sounds, be warned), you can follow it up with up air, or even up special and then jump cancel to up air for an extra hit. This is another sweet spot move, so you do have to aim a little. But man, it feels good to land it.

How to Use a Shield Properly

That other guy loves to throw his shield around like a boomerang, which is very silly. But Wonder Woman knows what shields are actually for. Her grounded side special is a shield bash, but if you hold the button she will keep the shield up until you let go (or are hit). She’s one of the few characters who can block projectiles.

Up special also uses the shield, both for solid knockback and gliding a bit (similar to Bugs). It even works as a platform for teammates! I just sort of explained how those moves work, but know you should be using them liberally, along with the down special armor move.

Let it All Out

You wanna use those shield moves because Wonder Woman has a meter that only fills up when you take armor hits. That meter powers up the down-ground Amazon Shout attack, which is a pretty wild offensive tool if you find a window to charge it. The range of this thing at full power is so big that it’s almost better for edge-guarding than anything else. Of course, it’s a burst, so you only get one shot. I recommend going to The Lab and getting a feel for the range and charge time.

In sum, Wonder Woman is a pure tank, in classic fashion. You want to get in front of your teammate to block hits, then turn yourself into a ticking time bomb. Getting knockouts is a much more careful game since there’s a lot of precision involved. As long as you don’t get too aggressive and press your buttons with purpose, you can be a real asset to your doubles partners.