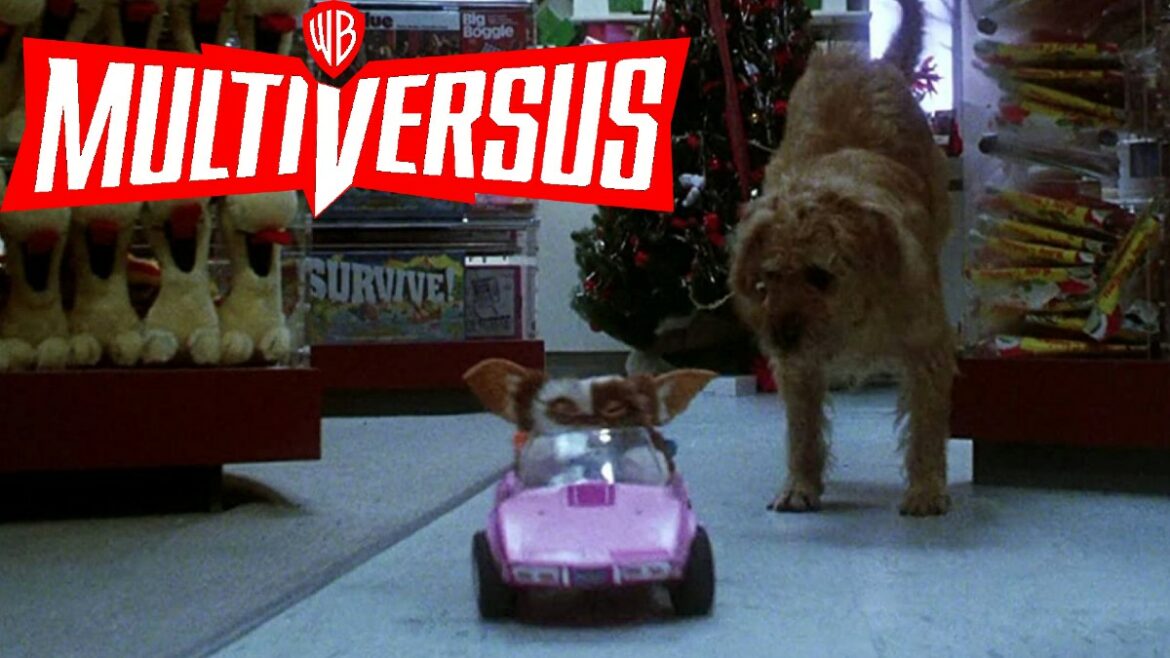 After a very small delay, Gizmo has arrived in MultiVersus. The second new character of Season One is a new Support class, although it has the Hybrid designation as well. He feels like more of a scrappy character compared to others in his class, giving him a little bit of Mage-like utility on top of the buffs. This guide is an attempt to analyze what Gizmo can do on a high-casual level, much like my other character guides. I’m no professional Evo-goer after all.

The fuzzy hero is labeled as a Support character, but also “Hybrid.” That seems to be because most of his moveset has nothing to do with supporting allies. However, the Gizmo-A-Go-Go up special is an interesting little technique. You actually ride on your teammate and can do special moves while you’re there. You also apply “Cleanse” to your ally, and the Corrugated Camouflage down special will block projectiles for both characters.

At first this is tough to get used to (it still is; I’m writing this only a few hours into the dude’s tenure). But it’s really great for helping out with Cleansing, throwing opponents off and even taking some heat off yourself if you need to. It’s not going to be something you’ll focus your play on, but it’s a good tool to have in your back pocket. You’ll be using that up special a lot anyway.

Gizmo-A-Go-Go is also this character’s best kill condition. It’s basically a small hop with a little forward momentum, but if it hits an opponent instead of an ally it does a ton of knockback. It’s fairly easy to connect with too, making Gizmo a real threat in the air. It’s also useful for turning your car into a bomb, although it’s a little finicky to get the timing/distance/physics of it down. But yeah, this move rules.

Gizmo has a charge projectile for his neutral attack, and it becomes Ignited if charged all the way. But like Samus Aran in Super Smash Bros. you can actually roll out of the move and keep that charge. It doesn’t seem to keep partial charges though, so you have to make sure you have time and space for that. But it makes the whole exploding popcorn thing make a lot more sense. This is a projectile for skill shots, not for controlling space or doing ranged damage.

Two points here about Gizmo’s side specials. One, you need to make sure you’re being careful when using side special. Make sure you’re on the ground before you try to use the car, because an accidental Umbrella Bash is not helpful. However, the Umbrella Bash itself is surprisingly good when used on purpose. Its damage reach is a bit further than it looks, and it’s generally an excellent recovery tool thanks to its initial speed and glide control.

I’m still working on the best ways to utilize Gizmo’s Song of the Mogwai, since it doesn’t really do much for you in a scrap. But since the air version travels forward, it seems like a great way to harass opponents if you have a sturdier teammate running offense. You probably don’t want to bother with the standing version unless you have a projectile-heavy teammate, in which case they’ll benefit from the buff. Otherwise you’re better off getting your hands dirty and blowing up cars.

As far as day one Gizmo goes, I believe that’s the game plan here. He has a big variety of stuff going on in his kit, which prevents him from specializing. But it does give him a lot of utility and answers to various situations. He can scrap, he can lay traps and he can hang back for support. I feel like some tweaks for the little guy are inevitable, but for the first day it’s looking pretty good for Gizmo as a speedy little trickster.

Check out the rest of our MultiVersus character guides for each member of the roster I’m able to figure out!