"Where the Kappa Roam" 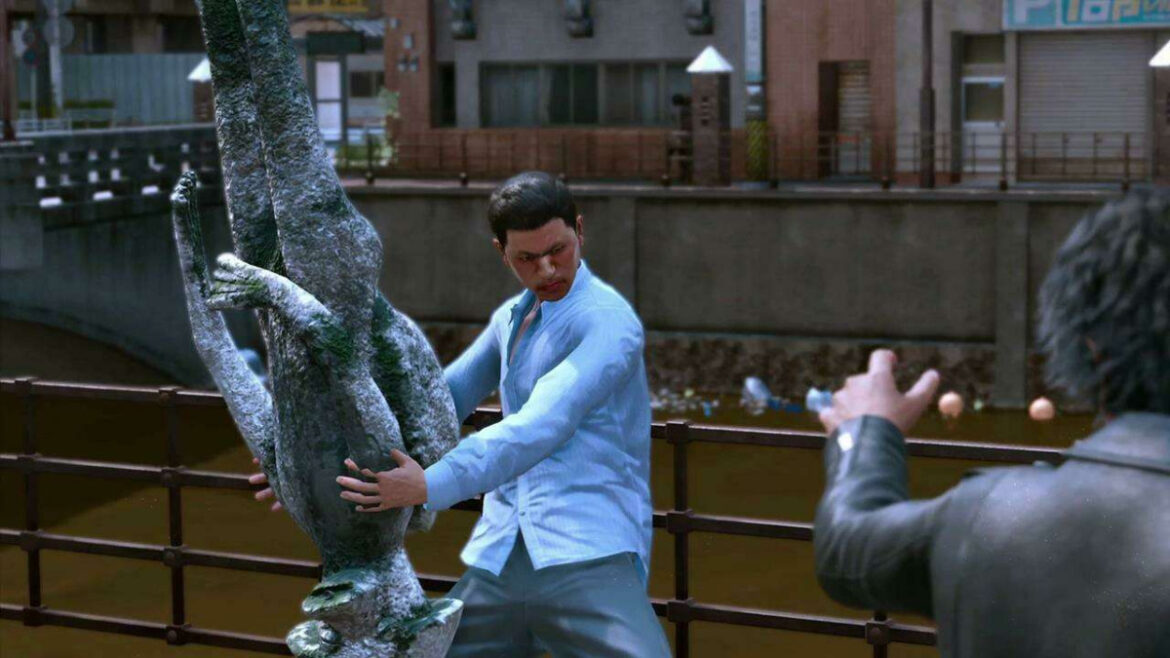 Lost Judgment is the second installment of the Yakuza spin-off series, in which you are now beating Japanese thugs on the streets with a former lawyer rather than a former Yakuza. Of course, Ryu Ga Gotoku Studio’s primary formula remained the same, and while Yakuza Like a Dragon ventured into the JRPG turn-based genre, Judgment remained action-based.

In addition, the brand new Japanese city of Yokohama, which served as the setting for the previous Yakuza sequel, is the main location in Lost Judgment. So, Yagami has arrived in Isezaki Ijincho as well, and it’s time to learn about the city’s traditions and customs – specifically, the side quest “Where the Kappa Roam” which introduces players to Yokohama’s mascot. Similar to Like a Dragon, this quest requires you to find all of the bizarre Kappa statues hidden around the city, generally in very unusual places – which makes this task one of the more difficult especially when it comes to how long it takes.

Follow the steps below to learn how to begin this quest and where to find all of the Kappa statues in Lost Judgment.

How to Start “Where the Kappa Roam” in Lost Judgement

To start the “Where the Kappa Roam” quest, open the map and find the side quest folder icon (marked as “???”) near the N. Sakura River St. When you get to that place, an encounter will begin with a man attacking you with a Kappa statue. He isn’t a particularly tough opponent so dispatch him fast to continue the story.

Following the fight, you will learn about the mascot and the disappearance of the statues, and the new keyword “Kappa” will be added to Yagami’s Buzz Researcher App. After this moment the hunt is on, and you can search for statues yourself by following the clues in the chatter in any order. However, for easier navigation, follow the detailed guide below.

The first Kappa Statue is extremely easy to find, west of N. Sakura River St. at the place where the player arrow is located on the map in the picture below. You will meet a fisherman who appears to be struggling to reel in a large fish. Chat with him and you will get the opportunity to play a very simple fishing mini-game in which you will catch the statue.

For the second Kappa Statue, you walk around the homeless camp (location on the map below) for a while until you notice a man running around carrying a statue over his head. As soon as you get close to him, the animation will start following the usual Judgment-style chase sequence in which you have to catch up with the statue thief and take him down.

Finding a third Kappa Statue requires a bit of detective work. Searching the word “Kappa” in the Buzz Researcher App will reveal a location near Tsurukame Bridge – or you can simply go there following the map below. Here, it is necessary to listen to NPC dialogue about the stolen statue that was sold to a local pawn shop. It is very important that you listen to the conversation to the end. After that, visit the Benten Pawnshop which is a couple of streets away, and you will easily find it on the map, where there is now a Kappa Statue on sale that you can buy for 300 yen.

The fourth Kappa Statue is much easier to find: visit the place at the end of S. Sakura River St. marked on the map below, which will be very familiar to Yakuza Like a Dragon players. There, you will find two statues, one of which you can pick up.

The fifth Kappa statue is also easily obtainable. Someone placed it in front of the goal on the football field in the upper left corner of the map. Pick up the Kappa goalie at the location shown in the image below.

For the sixth Kappa Statue – the last one you will look for on the streets – go to the location on the map below, near the building on E. Central St. very close to Girl’s Bite cafe. There, you should easily spot it lying on a pile of trash.

The last Kappa Statue will cause many who try to complete this quest without resorting to a guide to scratch their heads. Once you have collected the previous six statues, you will find the final one when you return to the offices of Yokohama 99. If you have acquired the others, simply enter the HQ and the animation will begin. Imagine searching the whole city street by street while the last Kappa is actually waiting for you at home. That is some prime Ryu Ga Gotoku Studio trolling right there – but fans are used to this by now.

This concludes the Kappa Statues hunt in Lost Judgment – what a wild ride it was! Once the story plays out, the quest will be completed and you will be one step closer to getting the “Elementary, My Dear” trophy/achievement for completing all the side cases in the game.

For more Lost Judgement, now check out our review of the game and learn more about the The Kaito Files story expansion.