Is There Fall Damage in Slime Rancher 2? – Answered

What happens if you accidentally fall off a mountain? Find out here! 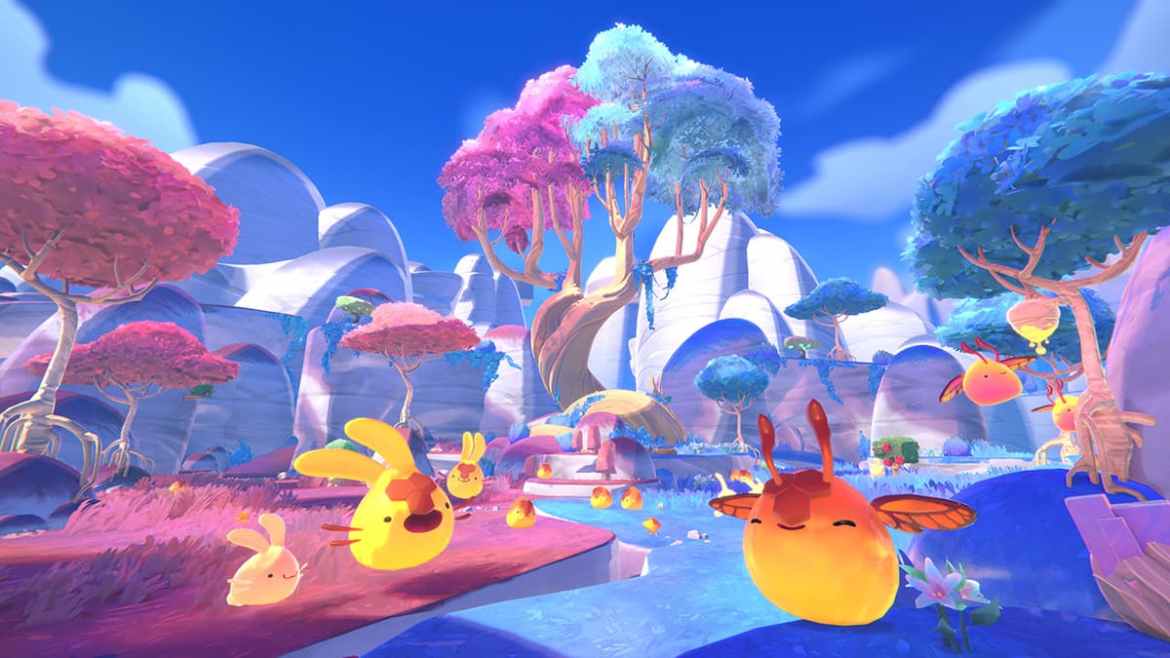 If you’ve been playing Slime Rancher 2 for some time now, you may have recently unlocked the jetpack upgrade. While the jetpack is crucial for flying over obstacles and across large gaps in land, it may seem a little intimidating at first. One question to consider, though, is whether you can take fall damage. I’m here to answer that for you! If you’re interested in learning more, continue reading to discover whether there is fall damage in Slime Rancher 2.

Is There Fall Damage in Slime Rancher 2?

The short and simple answer is that no, there is no fall damage in Slime Rancher. Even if you use your jetpack to fly up a mountain and jump down, you won’t take a single point of damage. While the ocean will instantly knock you out, you can rest assured that falling on a regular, stable surface won’t.

Related: Where to Find Batty Slimes in Slime Rancher 2

There is a bit of history behind this decision. According to an older Twitter thread from Nick Popovich, the CEO of Monomi Park and Director of the Slime Rancher game series, he explained that fall damage limited the height of the Slime Rancher world. By removing fall damage completely, levels could be as tall as the team wanted them to be, allowing more creative freedom and a more enjoyable experience for players.

While fall damage is an interesting and almost necessary component of many games, Slime Rancher’s nature is the opposite. Instead, you can now risk falling off a mountain to get the slime you want or be less fearful that you’ll miss a jump. After all, if you mess up with some parkour, you can fly back up and try again! Better yet, you don’t have to worry about this in either the original Slime Rancher or the sequel!

Slime Rancher 2 is available in Early Access on PC and Xbox Series X|S through Steam and Game Pass. If you’re interested in learning more about the game, check out How to Get More Inventory Slots and Where to Find Puddle Slimes in Slime Rancher 2.