Can you take all of your friends to The Forest? 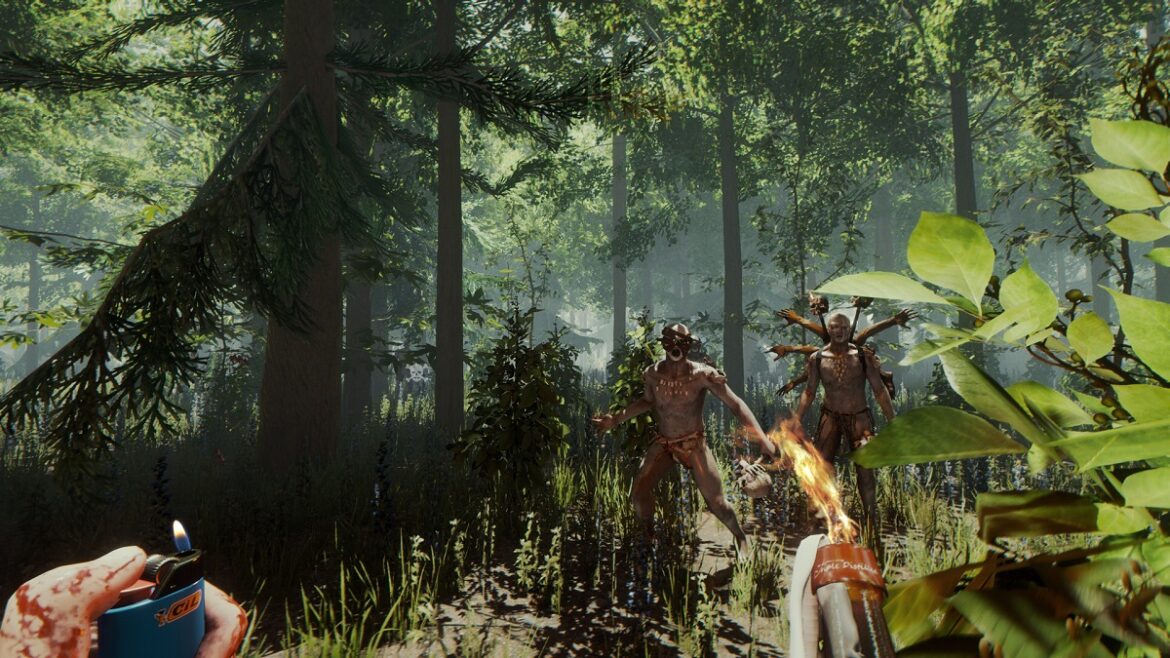 Hardcore survival games attract a special kind of audience: players who want a great challenge and opportunity to show their resourcefulness in seemingly impossible situations and environments. The Forest is one such survival game but with additional horror elements in which players find themselves in an unknown forest after a plane crash where they have to collect resources and craft stuff in order to survive. There are man-eating humanoids roaming around to make things even more creepy.

Surviving and uncovering all the secrets of The Forest and its multiple endings captured the imagination of many gamers, and even today there are still players who are into this unusual survival horror title from 2018. After a very long early access period on PC, The Forest became available for PlayStation 4 when the game was officially released – but all these years later, you may be wondering if it has cross-play so PC players can team up with PlayStation survivors in The Forest.

Related: The Forest – Tips to Survive Your First Night

Is The Forest Cross-platform?

The answer is – no. If you want to play The Forest with friends, make sure you play on the same platform because there are no crossplay options, and it looks like there won’t be any since the last game updates were released at the end of 2019.

It’s a shame that crossplay was never added to The Forest, nor was there a patch for PlayStation 5, but it seems that the developer’s focus since 2019 is on developing the sequel to the game, Sons of the Forest, slated for release in October 2022. The sequel, also being a co-op title that will be published on a potentially larger number of platforms, could perhaps feature a crossplay option from the start, but we have to wait and see.

For more survival games guides here at Prima Games, check out How to Change Your Minecraft Skin in Java, Bedrock, and PE, ARK Update 2.82 Patch Notes: Fjordur Updates and Bug Fixes Listed and Raft Max Players Co-Op Guide: How Many People Can Play Raft Together?