Is Monster Hunter Rise Worth Buying on PS5?

It's time for another Monster Hunter 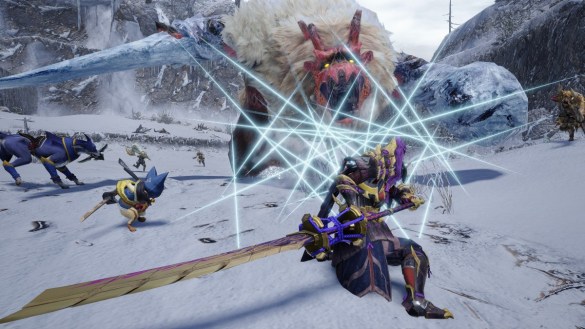 Monster Hunter World was a massive hit on the last generation of consoles, so it’s no surprise that another major title was going to appear in the current generation. While Monster Hunter Rise may not be the sequel to World, that doesn’t mean it should be overlooked.

On January 20, the console port of Monster Hunter Rise will be available for a whole new audience to get their hands on. But before you pick this game up, we’ll go over whether it’s worth the time in money for new players and returning Monster Hunter fans alike.

Monster Hunter Rise – Is it Worth Buying and Playing on PS5?

Compared to World, Rise is a much more classic experience in the franchise. What made the game great last year was the mix of classic elements and some of the streamlining found in World. If you enjoy the Monster Hunter franchise, then this is already something you need to play.

What’s truly important with a console release, though, is the performance and the options available. In my time playing on PlayStation 5, the game looks good and the performance was nearly perfect in my experience. Like many other current-generation console games, there are options to prioritize resolution or performance in the settings. It’s great to have that option, but it also appeared to be the only real graphic setting we can change as console players. What you see is essentially what you get with Monster Hunter Rise.

Compared to World, the latest game is also a slight downgrade in graphics, so don’t be surprised if this is only your second Monster Hunter game. World was meant to have stunning environments, hence the name of the game. Rise still looks good, but it makes up for the change with much smoother gameplay and some of the best fights in the series.

Related: How to Get Large Wyvern Gem in MHR: Sunbreak

Nearly everything about the port is great and it’s already had me back into the gameplay loop of Monster Hunter Rise, so this is an easy purchase recommendation if you haven’t played yet. The only reason you should hesitate is to wait for the Sunbreak expansion which isn’t out yet on console but will release later this year. You can use this time to prepare now or wait until a full bundle releases.

For more tips, guides, and updates, head over to our dedicated Monster Hunter Rise: Sunbreak section.