Where to Find Icium in Monster Hunter Rise

Brave the frost for some metal. 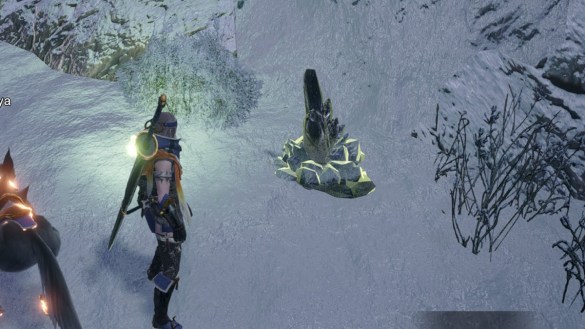 So you’ve started Monster Hunter Rise and taken a trip to the Blacksmith fairly early in the game. If you’ve already gone to the shop, then you’ve seen some of the weapon trees that can be advanced in Rise, and you know you’ll need a handful of Icium to get your collection started.

The iron tree is one of the easiest to jump into after picking up default weapons, and these are the exact weapons that will require a small amount of Icium to upgrade. Even after you get the initial tree, you’ll need more of the metal later on. In this guide, we’ll cover where you can find the material in your own Monster Hunter Rise save.

Most materials in MHR are tied to one area or a monster in general. Any time you’re looking for metals, they will be sorted by region and tied to the outcrops found around the map. Icium can only be found in the Frost Islands map, so make sure you get to this region as soon as you can.

Reaching the Frost Islands can be done once you unlock the second level of Village Quests at the hub. This only takes two rank one Village Quests to unlock, so it won’t take long to get the area you need. Hunts like the Great Braggi at rank two are perfect for Frost Island farming.

Related: How to Get Large Wyvern Gem in MHR: Sunbreak

Once you’ve reached this area, you’ll need to look for Mining Outcrops that look like geodes sticking out of the ground. This can usually be found near cliffs or beside rocky walls all over the map. Earning Icium from these isn’t guaranteed, but the chances are high. After action rewards also have a chance to prove further Icium in Monster Hunter Rise.

For more Monster Hunter Rise guides, check out Where to Get Pale Bone, How to Farm Firecell Stones, and How to Get Commendation in Monster Hunter: Rise.