How to Unlock and Beat Boss Rash in Vampire Survivors

Welcome to the Arena Gauntlet, enjoy your stay! 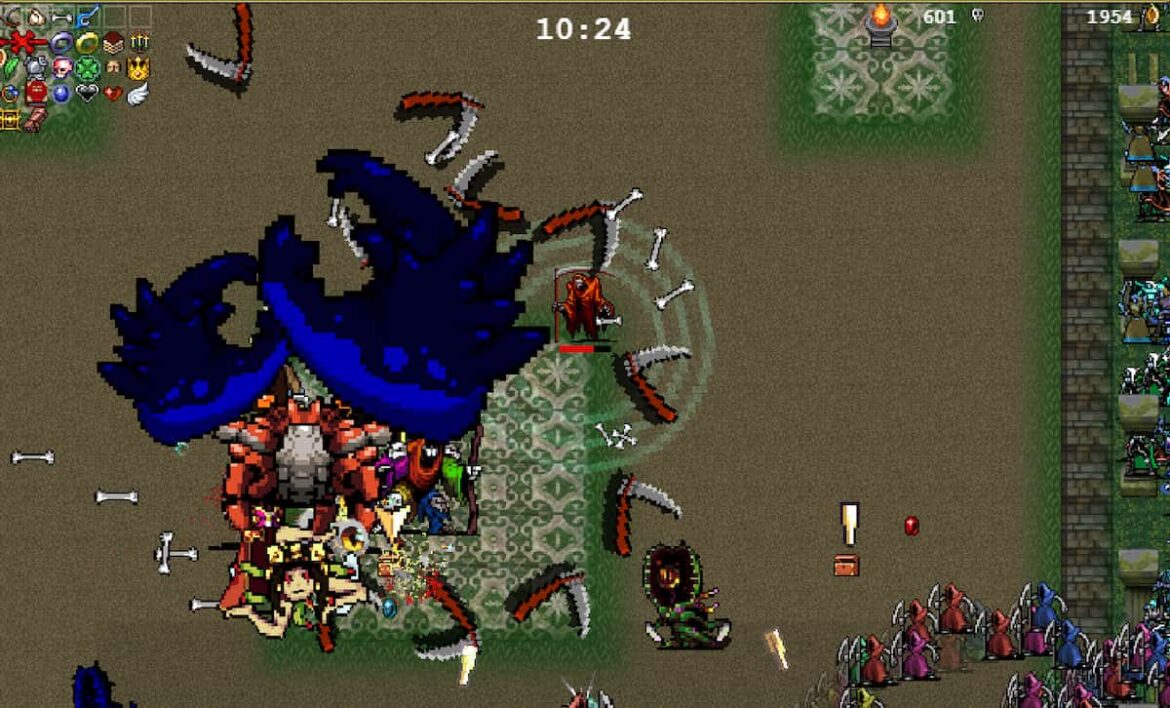 Vampire Survivors Patch v0.9.0 is finally out, and it brings a new Challenge Stage called “Boss Rash”. In this article, we’ll go over the unlocking process for it and we’ll give you hints on how to finish the stage since beating it unlocks another level of Skip which you can buy. Here’s everything that you need to know.

Luckily, the process to unlock Boss Rash is not difficult at all. It might just take some time for newcomers.

The requirement is to have the Hyper Mode unlocked for all five regular stages: Mad Forest, Inlaid Library, Dairy Plant, Gallo Tower, and Cappella Magna. If you have done this already, enter any game, and leave immediately so that the system can recalculate your achievements.

In the next paragraph, there will be spoilers. If you do not want to get spoiled about the new stage, feel free to come back to this article after you try out the stage for yourself.

Unlocking is one thing, and beating this challenge is another. The time limit of this stage is 15 minutes, and there’s just so, so much going on. As mentioned, we’re cutting straight to the chase with spoilers – you have been warned.

The Arcana that you should pick first is the Arcana VIII – Mad Groove without a doubt because you will promptly find out that you are walled in a small square-shaped Arena and that you can’t pick up ANYTHING that’s outside of these boundaries.

Mad Groove will bring all the cool stuff to you which will be very helpful. Also, take notice of differently colored patches on the ground (in the shape of the dots on the number 5 roll on a six-sided dice) located in the middle and in the corners of the Arena you’re in. There, light sources will spawn. Also, try to save a Rosary.

You will notice that a lot of bosses will attack you, with little to no regular enemies, so the XP flow is going to be VERY slow.

You could also try dealing with this Challenge Stage with the Arcana 0 – Game Killer, but that might be a bit challenging given that you won’t be able to obtain any *new* weapons (you’ll pretty much get all the Passive Bonuses with Arcana VIII).

It might be doable with a single-weapon build through the power of Mindbender. So in that case, you’ll need Arcana XX – Silent Old Sanctuary, Arcana 0, and Arcana VIII, but mind the time constraint of the level.

At 10:00, things start to boil up dangerously. All of the Reapers and Ender will appear sequentially. The problem most players will have comes from the Drowner. This is why we mentioned that you should save a Rosary. Alternatively, get a Pentagram beforehand, or have ranged weapons that can reach the Drowner as he’s not that big on HP on this map.
Technically speaking, with a strong character, you can survive without killing the Drowner until 15:00, but for ease of access, try to get rid of them all because from 12:00 it gets even messier.

Towards the 15:00 mark, there are going to be more and more enemies and then the Red Death comes to slam dunk on you as usual. After you finish the stage, you will be able to purchase one more level of Skip in the Power Up menu.