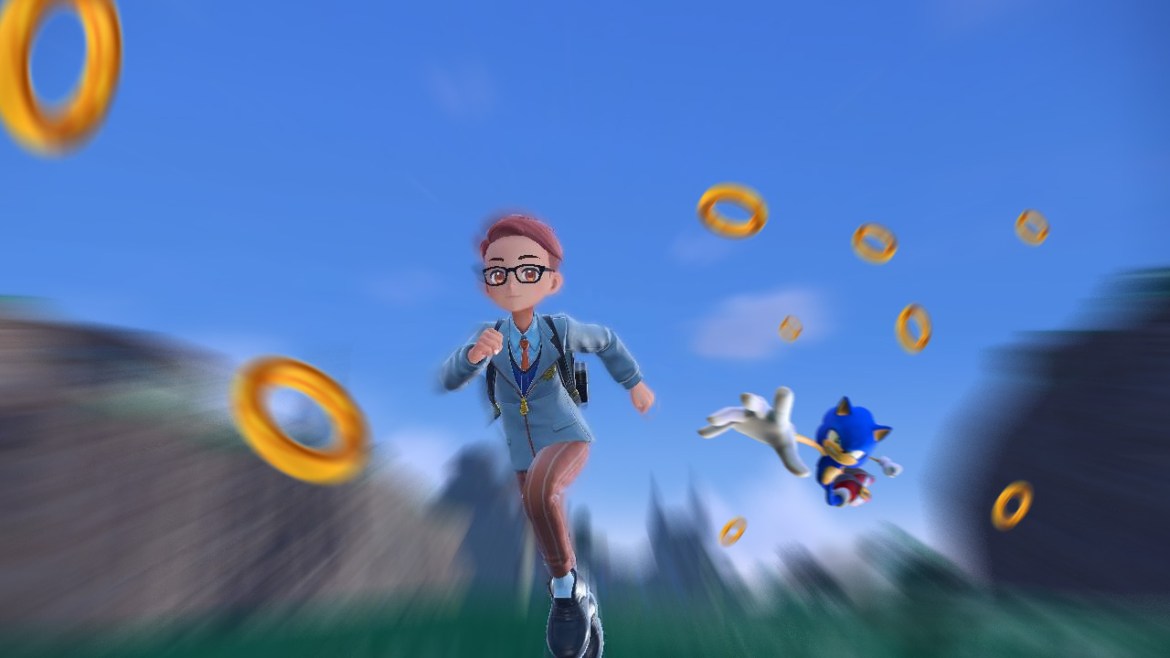 Listen, between the default running speed and the handful of performance issues in Pokemon Scarlet and Violet, we’re all aware that traversing through the Paldea region can be a little slow. I mean, the first minute of the game even forces you to walk a few meters before allowing your character to sprint, and that’s bad enough. Even after unlocking the ability to ride your Pokemon mounts in the game, the top speeds just aren’t cutting it. No, you wanna go fast. We’re talking Super Sonic Fast®. Tighten up those laces, buddy, because we’ve got you covered. Here’s how to run even faster in Pokemon Scarlet and Violet.

Related: How to Auto Heal Pokémon in Pokémon Scarlet and Violet

This Glitch Doubles Your Speed in Pokemon Scarlet and Violet

The fine sleuths over at the Nintendo Switch Subreddit discovered a nifty little trick you can perform to greatly increase your character’s move speed. By connecting a second controller to your Switch, and pressing both Left joysticks at an angle, your character will burst into an even faster sprint, as if carried by a Gust from Tornadus. Check it out in action below:

Why this happens is likely due to programming lingo and how your controller’s inputs communicate with the game engine. Both of which I’m not smart enough to explain, but Reddit user /u/pulley999 seems like they know what they’re talking about:

“Joysticks have two analog axes, X and Y ranging from -1 to 1. Together, they’re used to represent the unit circle. Due to the circular housing, if you push the stick at a diagonal, neither the X or Y axis can reach their full extensions. It appears they’re relying on the housing’s circularity to provide the circularization instead of doing it in software, with each axis independently capped to its -1 to 1 range.”

Makes sense, right? So, if you’ve got an extra pair of JoyCons lying around (of course you do, you’re a gamer), try out the glitch for yourself. In fact, try it while you’re mounted and let the world know if you’ve successfully broken the game. Will GameFreak eventually patch this out? Is this the new standard for speedrunning in Pokemon Scarlet and Violet? Has science gone too far?

Related: Pokemon Scarlet and Violet: How to Make Custom Sandwiches

For more information on Pokemon Scarlet and Violet, check out our other guides here at Prima Games, like How to Catch Gimmighoul.