How to Level Up Ashes in Elden Ring - Prima Games
Tips

How to Level Up Ashes in Elden Ring 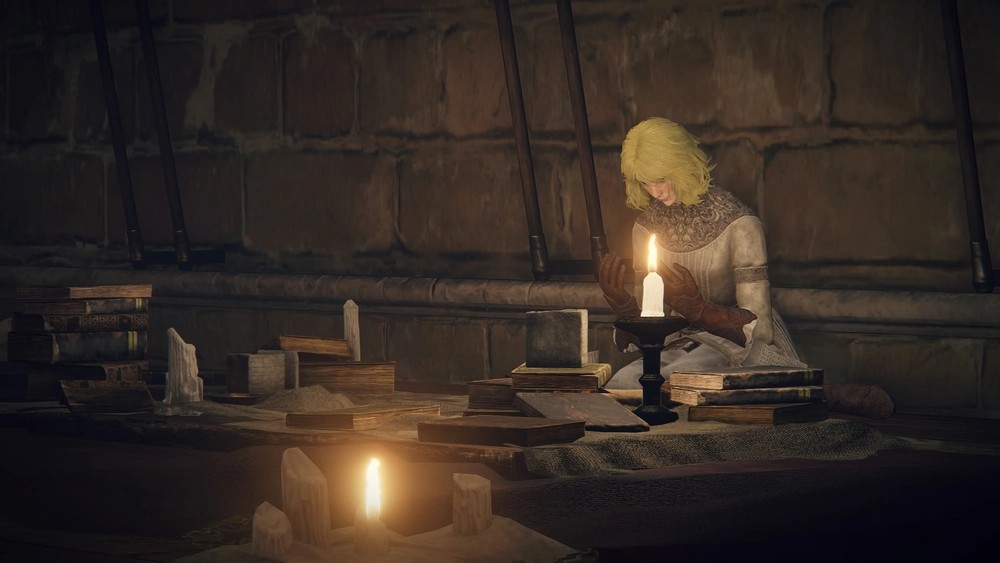 While it’s certainly no slouch in terms of difficulty, Elden Ring gives its players as many tools as it can to help. One of those tools is a sort of minion summoning item called Spirit Ashes. You collect these over the course of the game, and can summon them in specific areas for some big battle backup. And unlike the weapon skillish Ashes of War, you can upgrade your Spirit Ashes. You have to jump through a couple small hoops first, though.

Related: How to Use Spirit Ashes in Elden Ring

The first big hurdle in Elden Ring is the “Gatefront,”after which the game really opens up. The first landmark most players will come across after is the Stormhill Shack, in which a girl wearing a red cloak is hiding. If you talk to her a few times she’ll ask you about a message from the Chrysalids. To continue, you’ll need to make your way into Stormveil Castle.

As you fight your way through the castle, you’ll come to the Rampart Tower area, in which a ton of Very Horrible Things happen. But once you make it past the Banished Knight, you’ll find the area the Grafted Scion stomps around. Between that and the next room (with another dang Knight) there’s a giant hanging upside down over a drop. That’s where you need to be. Hop down and grab the Chrysalid’s Memento after you deal with the dogs.

Come back to the woman and she’ll thank you. Make sure to talk to her until her dialogue runs out and starts repeating. She should leave and reappear at the Roundtable Hold, where she finally introduces herself as Roderika. Next you’ll have to facilitate a relationship between her and Hewg the Smithing Master. This involves running between the two and choosing any unique dialogue options. You may have to leave and come back once or twice, but eventually Roderika will move into the hallway and open up shop.

Roderika will sell upgrades for Spirit Ashes, both the regular ones and the names “Renowned Ashes.” The former require Grave Gloveworts while the latter need Ghost Gloveworts. It can take a while to find Gloveworts higher than level one or two, but check out the Tombsward Catacombs down in the Weeping Peninsula to find a couple of level threes. Having an early spirit such as the Jellyfish or Imps at level three is pretty darn helpful.