How to Get to Mirroria in Tower of Fantasy

Hope you're a good driver! 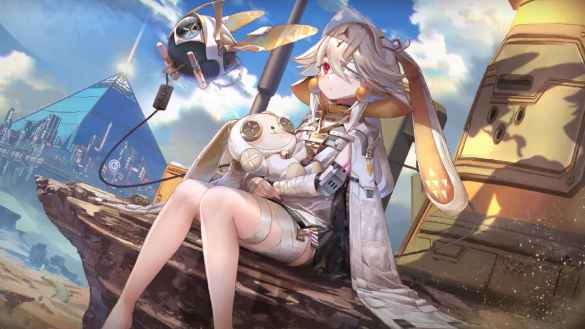 After loading up Tower of Fantasy, entering the strange orange portal, and stepping foot into Vera for the first time, you’ll immediately find your first objective: Make your way to Mirroria. While this may sound as easy as driving over there, you’ll encounter several obstacles that halt your journey. If you’re interested in learning more, continue reading to discover how to get to Mirroria in Tower of Fantasy.

How to Get to Mirroria in Tower of Fantasy

Shortly after getting onto your All-Terrain vehicle and driving toward your first quest marker leading to Mirroria, you’ll encounter your first barrier of completing a sandstorm navigation minigame.

Using your vehicle, you’ll have to avoid enemies while staying on the right path toward the area. Since you’re initially unable to see the massive structure, you rely on your immediate surroundings to guide you in the right direction. Your safest bet during this is to drive along the road as much as you can. During the periods when you’re on the sand, stay close to the other structures until you find more roads to drive on. If you hit any obstacles or drive off this path, you’ll reset at the starting point, so don’t worry about dying or teleporting far away!

After doing this for a few minutes, you’ll finish the minigame and progress to the next portion of the journey.

Related: How to Unlock and Get to Vera in Tower of Fantasy

The second portion of this adventure is fighting a group of enemies, followed by a boss battle. While killing the monsters is as easy as using your weapons to clear them out, the Abyssant Devourer boss battle is slightly more complicated. You’ll automatically equip the Simulacra Nemesis and, using her energy shield, must reflect energy blasts towards the Devourer. Regular attacks won’t work!

A quick and easy way to do this is to face the jets when they appear and slowly back away from them as they shoot energy. After a short delay, Nemesis will fire off the accumulated energy toward the boss, damaging it. Repeat this 2-3 times to finish the fight and progress to the last part.

This last section is the easiest of the three. After a brief cutscene, Lin will ask you to head to the nearby Outpost. Follow this quest marker to reach the area. You’ll find yourself taking a plane to Mirroria! Congratulations, you’ve now officially stepped foot into Mirroria, where you can venture further into Tower of Fantasy’s Vera quest line.

Tower of Fantasy is available on PC, Android, and iOS devices through the official website. If you’re interested in learning more about the game, check out our Snowfield Expedition Quest Guide and Which SSR Weapon to Choose First in Tower of Fantasy.